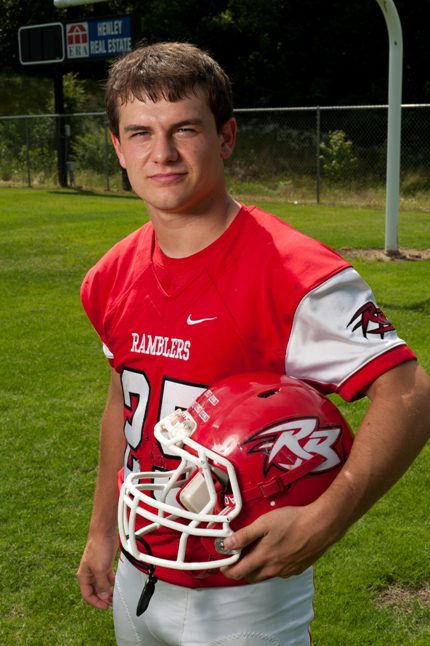 24 Sep 2014 Ferren expected to 'lead Ramblers to the playoffs'


The Rose Bud Ramblers are on familiar ground. At this point in 2013, the Ramblers were 2-1 heading into 2-3A conference play.

Similarly this season, Rose Bud is poised to enter the conference season with another 2-1 record. Although the paths have been similar so far, the Ramblers are searching for a different outcome.


In 2013, the Ramblers didn’t win a game in conference and finished with those two lone non-conference wins. Senior running back Caleb Ferren is confident for a new direction as conference play begins.


“We expect to win games and be more successful than we were last year,” Ferren said. “Last year we had a lot of close games that we just didn’t pull out.”


Last season, Rose Bud lost two 2-3A games — Bald Knob and Riverview — on the last play of the game. Despite a tough go of it in 2013, Ferren had a season to remember. He was the leading rusher for the Ramblers with 1,300 yards, despite not starting the first two games. A new run-heavy offense could prove even more lucrative for the senior this year, but he’s not too worried about the individual acclaim.


“The goal this year is to win more games,” Ferren said. “I just do my job to help other people. We will be a little more run-based this year. We have to carry out ball fakes to be successful. That relies on everyone doing their job even when they don’t get the ball. We’re running the Dead T — the offense that Cabot runs. It’s about power and driving the field.”


Ferren was selected to this year’s 501 Football Team — 24 players representing all 11 counties of the 501. The team boasts the best the 501 has to offer both on and off the field. Ferren was nominated by Rose Bud’s new head coach, Kevin Coleman. 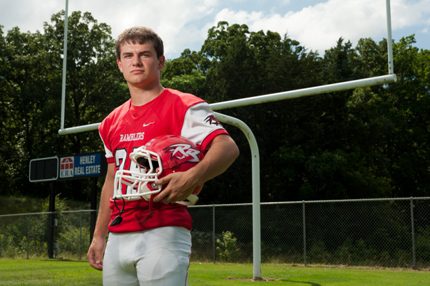 “When Caleb speaks, people listen,” Coleman wrote in his nomination. “He has never uttered a negative word. He’s willing to play any position and is a charter member of the Iron Rambler Club.


“He has a low center of gravity and never takes a play off. I expect him to lead the Ramblers to the playoffs. Caleb is all about team goals.”


Last season was never about a rushing record for Ferren, but he found his way into it nonetheless. He credits his teammates.


“Breaking the rushing record last year, it was great,” Ferren said. “The team effort to help me and support me — even when we weren’t having the best games, everyone pushed harder and harder.


“I watched the previous record holder, Jimmy Smith, break his record when I was in seventh grade. I was close to him. He was kind of my idol when I was younger.”
Football has always been about legacy for Ferren.


“I moved to Rose Bud in first grade from Cabot,” Ferren said. “My brother was in the first sixth-grade class to play football for Rose Bud back when we just had the peewee teams. I went to all of his games and watched him play. I wanted to play so bad, but I was just too young. When I finally got the chance, I took it.”


Ferren and the Ramblers begin 2-3A play this Friday at Mayflower.