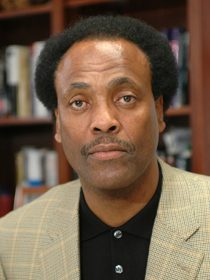 The Faulkner County Leadership Institute will hold its Annual Recognition & Graduation Banquet at 6 p.m. Monday, Nov. 10, at the Centennial Valley Event Center, 1600 Club Lane. During the event, the 2014 graduates will be honored and the 2015 class will be welcomed into the FCLI program. Two Faulkner County leaders will also be honored: Ronnie Williams will be presented the FCLI Leadership Award and Don Greenland will be presented the Dan Nabholz Award.


In order for sponsors to have their name and/or logo (dependent on sponsorship level) listed on promotional materials, sponsorship forms and payment must be received no later than Friday, Oct. 31.


Williams started his career as a teacher/football coach with the West Memphis School District and was later an assistant principal with the same district. He was on staff at the University of Central Arkansas from 1980-1983 as assistant dean of students and left UCA to serve as an assistant principal with the Conway School District. He was later a secondary supervisor with the Arkansas Department of Education. Since returning to the University of Central Arkansas in 1991, he has served as associate dean of students, assistant to the president and was appointed as vice president for student services in 1996.


Since 1984, Greenland has enjoyed a long career within the Nabholz organization, serving in a variety of positions including estimator/project manager, specialty group manager, executive vice president of operations, operations president and chief operating officer (since 2000). He is a member of the Nabholz Group board of directors.


Greenland is a graduate of Stuttgart High School and the University of Louisiana at Monroe (formerly Northeast Louisiana University) with a bachelor of science degree in construction management. He continues to serve on the ULM School of Construction Management Industry Advisory Council.


Greenland is a former national president of the American Society of Professional Estimators. He is a graduate of the Young Presidents Organization (YPO) and served in a variety of leadership positions. He is an active member of the World Presidents Organization (WPO). He has previously served non-profit organizations including Habitat for Humanity, Big Brothers/Big Sisters, Conway Interfaith Clinic and the Conway Symphony Orchestra. He is currently serving on the boards of Quapaw Area Council (Boy Scouts of America) and the Community Foundation of Faulkner County (current chairman).

He is married to his college sweetheart, Angela, since 1983. They have a daughter, a public relations professional, and a son in junior high. Greenland is a semi-professional musician for the classic rock band Yesteryear, and plays weekly in a contemporary Christian group for church services. His hobbies include mission work, racquetball, hunting, fishing, triple bogey golf and family activities.