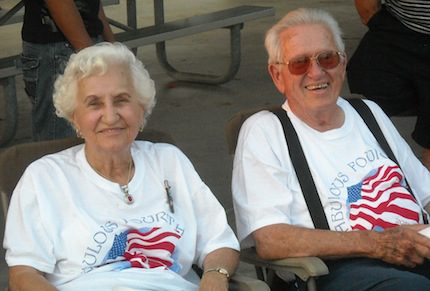 Organizers overcame the heat, drought and burn ban to make the 14th annual Fabulous Fourth in Conway County the biggest event to date.


The Arkansas National Guard 77 Aviation Division honored the event by flying in a Blackhawk helicopter. Those in attendance had an opportunity to meet the crew and tour the aircraft.


Organizers described the event as “one of our state’s most patriotic ceremonies” with 200 American flags on display and thousands of red, white and blue helium balloons.

Everything at Fabulous Fourth is free as a tribute to Independence Day and to service men and women who give their all to serve and protect freedom as Americans. This is made possible by local businesses, organizations and individuals who sponsor the event and by the volunteers who give of their time and talent. The event represented a major collaborative effort between organizers and many groups, including the Arkansas Army National Guard, Corps of Engineers, the county judge, Conway County Sheriff’s Department, the mayor and City of Morrilton, the Morrilton Police Department, the department of emergency management and fire departments at Morrilton, Blackwell, Sardis and Oppelo.