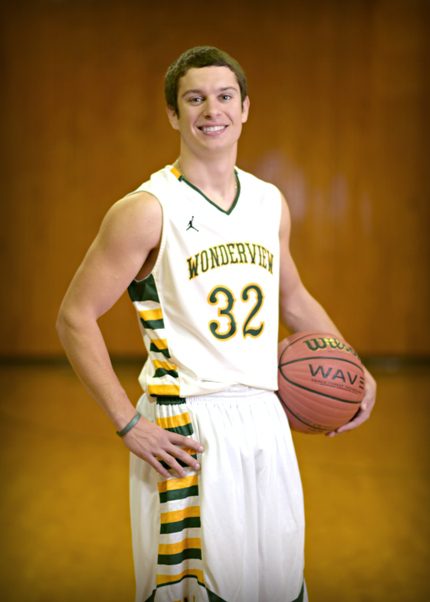 
There’s two sides to every story, and for the Wonderview Daredevils, the story only gets better in the second half of the season.


“Up to this point, some people might think that we’re having a bad season, but I don’t,” said Wonderview senior guard Thomas Zimmerman. “Sure, we have only won a couple of games, but I feel that we’ve really grown and matured as a team. I think that we’ll make a big turnaround and do some good things in the second half of the season.”


Zimmerman was selected to this year’s 501 Basketball Team — 34 players representing the best the 501 has to offer both on and off the court. The junior was nominated by his head coach, Jerod Squires. The team is sponsored by First Security Bank and First Service Bank.


“Thomas, without a doubt, is the leader of this team,” Squires wrote in his nomination. “He is our ‘glue-guy.’ He knows his job on both ends of the court as well as anyone else and his character is second to none. In my six years of coaching Thomas, I have never had to have a discussion with him about his grades, work ethic or classroom behavior. He has truly been a coach’s dream.”


Despite the Daredevils’ rocky start (2-16, 1-7 1A 5 North), Zimmerman sees each game as an opportunity to help his younger teammates grow.


“We aren’t ready to throw in the towel,” Zimmerman said. “We have to work hard, put in the hours of practice and stay focused on our goals. It’s my last season here, and my main job is to help our younger guys get better. I want to show them as much as I can in the best way that I can so that they can keep the Wonderview tradition going even after I’m no longer here.”


One game at a time, the Daredevils are committed to improvement in 2017.


“We have pretty good goals for the second half of the season,” Zimmerman said. “Although our main goal every year is to shoot for the state tournament, this year, each of us also have individual goals on and off the court. Coach Squires is not only helping us with basketball, but he also helps us succeed in the classroom. He’s a great inspiration and a great speaker, and I’ve always looked up to him. I wouldn’t want to play for anyone else.”


Zimmerman’s leadership and on-the-court presence developed from playing with his older brother, Jordan, over the years.


“My older brother taught me many things about the game — mainly the ability to stay calm and see the game in slow motion,” Zimmerman said. “He taught me to work hard, try to make the best out of every chance you have and never give up on a play. When he and his team won the state championship in 2010, it only inspired me more to follow in his footsteps.”


Off the court, Zimmerman is involved with Beta Club, FCA and FFA at Wonderview High School. Boasting an impressive 4.14 GPA, the senior values his academics as a way to write his own future.


“I always work hard at everything I do,” Zimmerman said. “It takes a lot of hard work, energy and determination to be successful in the classroom. I plan on going to college at UCA, so I have to stay focused and not let myself get distracted from my goal.”


“Thomas approaches his classwork with the same focus and drive that he does on the basketball court,” Squires wrote. “He is always pushing his limits and striving to be the best he can be by taking advanced placement classes, and that has helped him achieve a 4.14 GPA and score a 29 on his ACT.”


In his free time, Zimmerman enjoys hunting and spending time with family. In the 501, the senior contributes to Catholic Youth Ministry at St. Mary Church in Saint Vincent and plans to join the Knights of Columbus.


“Thomas’ character, work ethic, responsibility, discipline and dedication are as good as any player I have had the privilege to coach in my 15 years,” Squires wrote. “He has been a great example for our younger players of what being a Daredevil is all about. He is the hardest worker day in and day out during practices and games and is the type of young man that you want your son to be and your daughter to date.”