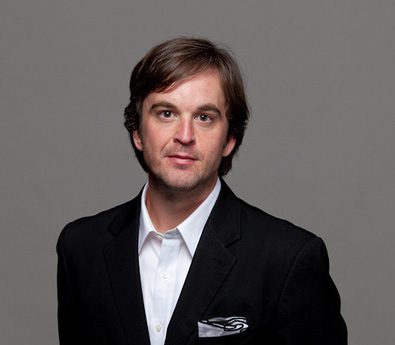 The Conway Symphony Orchestra has welcomed a new conductor for the 2013-14 season. Geoffrey Robson of Little Rock will be taking over the podium while Israel Getzov pursues professional opportunities and continues musician recruitment in China. Getzov will remain as music director for the orchestra with plans to return for the 30th anniversary season in 2014-15.

In conjunction with his duties at the CSO, Robson will serve as visiting assistant professor of music at the University of Central Arkansas. He is currently the associate conductor of the Arkansas Symphony Orchestra, based in Little Rock, a position he has held since 2008, and also serves as the music director of the ASO Youth Ensembles.


“We are excited to bring Geoff into the UCA Music Department and into the Conway Symphony organization,” says Jeff Jarvis, department chair and a member of the Conway Symphony Board of Directors. “He is a wonderful artist and teacher. We are fortunate to have such a talented conductor so close.”


Robson is likewise excited to have the opportunity to work with both the orchestra and with pre-professional musicians at the university. “It’s a unique position and I look forward to sharing my excitement for live symphonic music with the academic community at UCA, and the concert going public of Central Arkansas,” he said.


A violinist, Robson performs frequently in the ASO’s popular River Rhapsodies chamber series, as well as performing in Trio Arkansas with pianist Louis Menendez and cellist David Gerstein. As conductor, he has worked with guest artists such as Midori, the Beach Boys, Lawrence Hamilton, Timothy Jones, Henrietta Davis, Christiane Noll, Doug LaBrecque and Calvin Lee. In addition, Robson writes and produces At the Symphony, a concert preview radio series on KLRE Classical 90.5 in Little Rock.


Previously, Robson held the positions of co-concertmaster of the Connecticut Virtuosi Chamber Orchestra, and assistant concertmaster of the Waterbury Symphony. He also worked as a public schoolteacher in New Haven, Conn., and has taught violin, piano, viola and music theory extensively as a private teacher. Robson has twice attended the London Conducting Workshop and the International Conducting Festival and Workshop in the Czech Republic. In 2006, he became a founding member of the Chelsea Symphony, a bold experiment in the structuring of an arts organization, based in Manhattan, and has since conducted numerous other concerts with the ensemble, including world premieres of two works. Robson graduated from the honors college at Michigan State University and completed his M.M. at Yale University.


Now in its 29th season, the Conway Symphony Orchestra brings professional concerts, exciting guest artists and high-quality music to the Central Arkansas community. For more information on concerts and other programs, visit ConwaySymphony.org or call 501.269.1066.