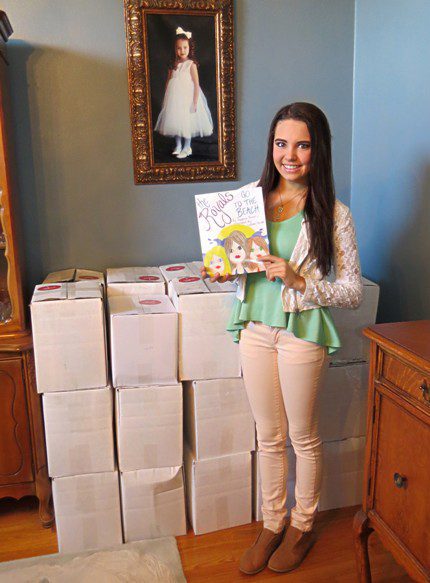 Conway High School student Madeline Brindley will be recognized this week with a national award for her efforts to promote boating and water safety.

Madeline was only 6 years old when her father died after heroically saving a young boy from drowning. Today, the Conway teen is also reaching out to help others by increasing awareness of water safety as a spokesperson and the author of a children’s book.


Madeline will be recognized March 31 with an Award of Merit by the National Water Safety Congress at the 19th International Boating and Water Safety Summit in Sandestin, Fla. The Family of Ken Brindley will also receive a letter of commendation.


In 2003, the Brindley Family — Ken and Melanie and their two children, Madeline and Blake — was on vacation in Florida when a 12-year-old boy and his boogie board were taken seaward by rough water conditions, and his father experienced difficulty during a rescue attempt.


Ken, 36, and others swam out for the victims. The boy was saved and the rescuers attempted to remove the boy’s father, who had been overcome in the water, but conditions were too rough. Ken, too, was overcome. The father drowned, and Ken was taken to the hospital, where he died two days later, also of drowning.


Madeline works to increase water safety awareness in a variety of ways — from designating water safety as her platform as Miss Conway Outstanding Teen 2014 and Miss Teen Arkansas  International 2015 to volunteering as the community director for Arkansas for the Drowning Prevention Foundation. She also works closely with the Corps of Engineers to present programs at local schools and help with other events. In addition, she has written and self-published a children’s book, The Royals Go to the Beach.


Madeline has worked with the Arkansas governor and Conway mayor to have proclamations signed to designate May as "Drowning Prevention Month" in both 2014 and 2015 along with organizing various community activities for that month.


Drowning ranks fifth among accidental deaths in the U.S. Every day, approximately 10 people drown, and of that number, two are children ages 14 and younger. For every child who dies, another five require emergency care. “These tragedies don’t just happen in pools or spas,” Madeline said. “They can happen anywhere water is involved.”