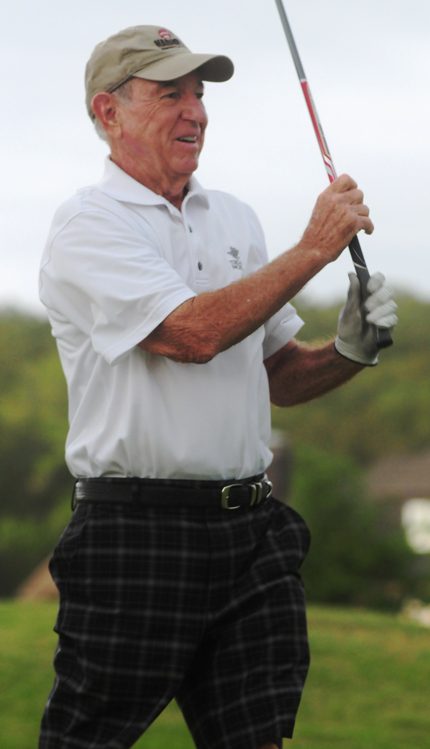 It is not surprising that Conway-based Nabholz Construction Company regularly reaches out to support community-based health care.

It’s a Nabholz tradition. Nabholz has been sponsoring the Conway Regional Golf Classic since its early inception and was once again the presenting sponsor for the 17th annual tournament on Monday. The four-player scramble raises funds for health care projects at Conway Regional.


While the totals are not complete, tournament coordinator Marla Hambuchen says it will likely top last year’s $24,000 mark. This year’s funds will once again go toward the Conway Regional Health Foundation’s ONE capital campaign. The ONE campaign is helping pay for Conway Regional’s recent expansion of surgical and obstetrics services. Charles Nabholz is also a co-chair of the campaign.


Forty-nine teams, more than 190 amateur golfers, teed off at Centennial Valley Country Club this year, playing a morning and an afternoon round. The sponsor list was filled with the names of banks, insurance companies, health care firms and others from throughout the community.


Nabholz Construction led the way. Charles Nabholz even showed off his golf skills, earning a closest to the pin award on Hole 4.


Results
The Therapy and Rehab Solutions team, led by Chris Throneberry, won bragging rights. The team shot a 52 – a tournament best score for both the afternoon and morning rounds.


Scores for the remaining flights:

A number of individual awards were presented in two rounds: