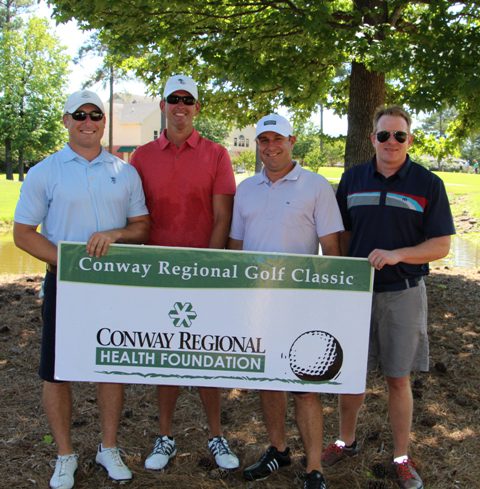 A Therapy and Rehab Solutions-Smith team shot a top score of 52 in the first flight of the afternoon round of the 20th annual Conway Regional Golf Classic held recently at Centennial Valley Country Club. The score also topped the two-round, four-player scramble which featured 48 teams of amateur golfers.


The second and third best team scores in the afternoon were a 54 shot by a Therapy and Rehab Solutions-Throneberry team and a 55 scored by the Cromwell Architects & Engineers-Cockman team.


There was a three-way tie in the second flight of the afternoon round as Nabholz-Hegeman, Roe Painting and Nabholz-Charlie Nabholz all tied with a score of 62. Temperatures soared into the upper 80s in the afternoon as 26 teams played through the 18-hole course.


A number of individual awards were presented in two rounds: