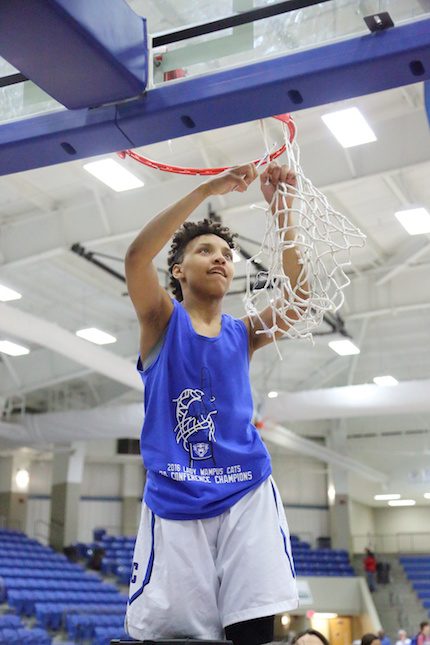 
The Conway Lady Cats had wrapped up the 7A Central title weeks ago, but Conway officially finished 7A Central play with an 83-47 win over Bryant on Tuesday and cut down the net to celebrate.

It was senior night for Conway, and the seniors showed up and showed out. Senior Alexis Tolefree dropped 34 points, which included six 3-pointers. Classmates Hailey Estes and Heather Lumley both finished with five points each. Senior Samantha Foster added three points. All five seniors on the team — Estes, Tolefree, Lumley, Foster and Daija Brown — got the starting nod.


“What a thrill it’s been to watch this group of seniors,” said Jeff Matthews, play-by-play announcer for the Lady Cats on Conway Corp 5 Sports. “All five of them have been important parts of the success of this program the last three years. “Coach Ashley Nance and Coach Jeff Gifford have created a culture of winning and excellence that the young girls in this city want to be a part of. I love what this senior class has accomplished and how they can continue to lay the groundwork for that culture.”


Tuesday’s game marked the last time the seniors would play at Buzz Bolding Arena, but there are still plenty of games left on the schedule. The Lady Cats will finish the regular season Friday at Alma before heading into the 7A state tournament next week at Cabot. The Lady Cats, the No. 1 seed out of the 7A Central, have earned a first-round bye and will play their first state tournament game Thursday, March 3, at 4 p.m.

Tolefree and Estes will continue their basketball careers collegiately at Central Arkansas and Henderson State, respectively. The two seniors have led the way for Conway’s prolific season.


“The story of the friendship between Alexis Tolefree and Hailey Estes is one of my favorite stories ever in covering Conway High sports,” Matthews said. “The girls met in first grade playing Upward basketball and became friends. They played on the same teams on occasion and on opposing teams some also. Now to be the two senior leaders on this team — it’s a great story.”


The “great story” continues Friday at Alma, and then the second season begins next week at Cabot in the 7A state tournament.