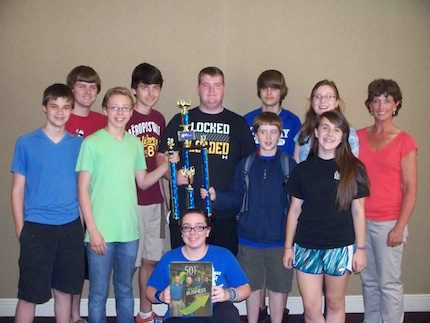 
The competition was held in New Orleans May 25-27.


“This is the most talented group of students I believe we’ve ever had,” said Paula McKee, coach for the team. “The Hazen group we defeated in the finals was a one-man team, basically, because he scored all of their points except for 10 of them.


“My group is so well-rounded. Each of them is very talented.”