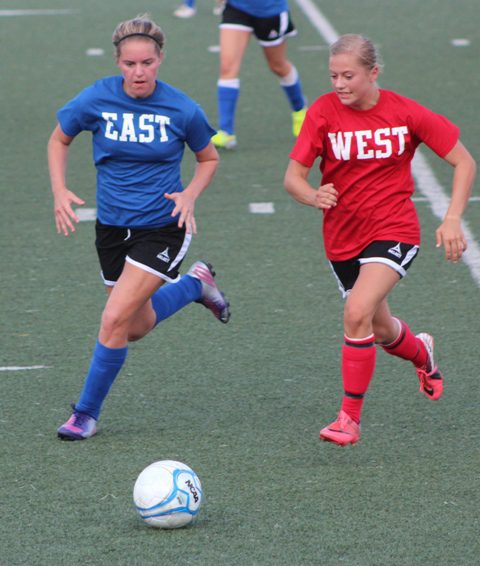 
The return of the Arkansas High School Coaches Association All-Star activities to Conway and the University of Central Arkansas last week after 10 years was a welcome one.

“Bringing the all-star activities back to Conway is good on a number of fronts,” said Jamie Gates, senior vice president of the Conway Area Chamber of Commerce and a major player in bringing the week’s activities back to Conway. “Economically, it’s always good to host several hundred professionals for a week. Add that to the spectators for the events, and it obviously helps our hotels and restaurants.”


Faulkner County hosted the state’s All-Star games for a generation until 2002, when the board of directors of the Arkansas Activities Association voted to award the bid to Fayetteville and the University of Arkansas. The activities stayed there through 2012.


Last summer, the board voted to award Conway a five-year contract. But since All-Star Week was last here, its activities have greatly expanded. Whereas before there were only games in football and girls and boys basketball, there is now also baseball, softball, volleyball and soccer. UCA was the host site last week for all but soccer, which went to Conway High School. Cheer and dance events were also included during the week.


In addition to the All-Star games, Conway was host to the AHSCA Golf Tournament and the AHSCA Coaches Convention for the first time.


“It’s also good to bring an event that has so much history in Conway back to Conway,” Gates said. “The fact that All-Star week has grown by adding sports and games means we got back a much larger event than what left a decade ago.”

Nearly 500 athletes made up the All-Star contingent. They were housed at UCA.


Since Conway last hosted the events, its hotel and restaurant accommodations have vastly increased, but its central location seemed to be the trump card for many. According to the city’s presentation to the AAA while seeking the contract, 110 of the state’s 239 school districts are within a 90-minute drive. Also within a 90-minute drive are one million of the state’s residents.


Overall, Gates said, it was a win-win situation.


Eric Chambers of Beebe, head coach for the East softball squad, said he thought All-Star Week was one of the best things the AHSCA did.

“We bring in about (500) athletes, and they get to know each other and they root for each other,” he said of the experience. “We’re one of the only states that do it this way. A lot of states do each sport when the season is over, but we’re a rural state, and we have a lot of kids who do different sports. It works really good the way we do it now.”


Chambers, who made his fourth All-Star appearance, his third as head coach, just finished his fifth year at Beebe. He was also All-Star head coach his first season there in 2009. Prior to that, he spent seven years at Salem, during which he was an All-Star assistant in ’05 and head coach in ’06.


And although it’s an honor and a celebration of the end of the athletic year, he said, there is a bit more to it.


“We want to win,” he said. “It’s a reward for those kids and they have a good time and we hope everybody enjoys themselves and realizes what kind of event they’re in.


“It’s something special. It’s a memory for their lifetime.”