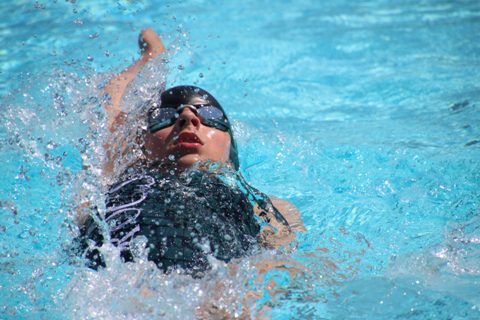 
With the first half of the season in the books, 54 swimmers for the Conway Crocs have already qualified for the Meet of Champs.


"I have been very proud of the team so far for what they have accomplished,” said head coach Chris Brynell. “But, I am excited for the rest of the season because I believe they are still just ‘warming up’ and not even close to swimming at their full potential."


The annual Conway Crocs program is offered through the Conway Regional Health and Fitness Center. The program offers a great way for children to stay active in the summer, have fun and learn good sportsmanship as they compete against other swim teams in Central Arkansas. The program is open to young people ages 5 to 18.


“We have 104 swimmers on the team this year,” Brynell said.


The Conway program is one of eight teams in the Central Arkansas Swim League, which was created more than 25 years ago and has existed to encourage friendly competition between member teams in a family atmosphere that promotes individual and team competition and sportsmanship.

An all-volunteer organization, about 1,200 kids ages 6-18 are represented on all of the summer recreational teams. In addition to the Crocs, the league teams include the Cabot Piranhas, Lakewood Waves, Lonoke Sharkrockets, Maumelle Marlins, Otter Creek Otters, Saline County Barracudas and Sherwood Sharks.


The teams compete in meets held on Saturday mornings in June and July. The Conway team has come in first overall once and second overall twice in this year’s meets.


At the most recent meet at Sherwood, 70 of the 73 participating swimmers from the Conway Crocs dropped time in at least one event.


The Central Arkansas Swim League focuses on individual performance, where swimmers work toward improving their times to move up through bronze, silver, gold and platinum levels. Those who qualify can compete in the Meet of Champs on Saturday, July 23, at the University of Arkansas at Little Rock. At the Meet of Champs, a league champion is crowned each season.