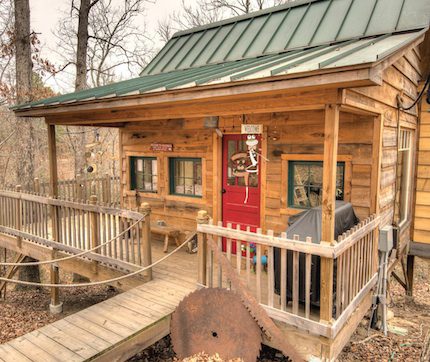 
Bobby Tiner avoids mathematics. When in conversation, it was pointed out to him that he had earned 10 letters in varsity athletics at Arkansas State Teachers College (ASTC), now the University of Central Arkansas. With a sheepish smile slipping across his sunburnt face, unconvincingly suggesting that he had not known before, the Morrilton native showed no desire to judge, either. Four letters in football, four in baseball and two in track represent mind-boggling success, but Bobby never hinted that they did, nor would he.

He prefers to omit or deflect. Only when pressed, for instance, did he note that he had been so successful in basketball at Morrilton High that he was chosen to play in the state’s 1962 High School All-Star Basketball Game. Nor was it easy to learn that he had batted over .300 in every one of his four seasons of ASTC baseball play, or that he had come close to earning a professional baseball contract after completing his eligibility. He was only slightly more eager to admit that five of the college teams on which he starred had won Arkansas Intercollegiate Conference championships — three in baseball, two in football.


Bobby prefers that the late Raymond Bright, his college football coach, and his ASTC teammates receive credit for his legendary gridiron effectiveness. He maintains that Bright, who passed away in 2008, was ahead of his time with the offensive formations that allowed Bobby to claim more than 6,000 passing and rushing yards. His receivers were also extraordinary, if Bobby is to be believed; on many a play, he contends, three of them broke free of defenders and gave him a choice of perfect targets.


Nor is Bobby reluctant to concede that Coach Bright’s impact upon him transcended gridiron innovations. Flattered to be numbered among “Raymond’s boys,” he argues that there was “never a finer man to walk the face of the earth.” Bright was undoubtedly significant in “tough-loving” Bobby to complete not only a bachelor of science in education in 1971, four years after playing in his final college athletic contest and two after starring in the Continental Football League, but also a master’s degree in physical education in 1977.


Fascinating in Bobby’s credentials is a certification that gains little attention in accounts of his career: he minored in special education. A twinkle in his eye quickly replaces his sheepish smile when he reveals that he took special delight in working with youngsters who did not enjoy the advantages that fell to him during his childhood and adolescence in Morrilton: hard-working, loving parents who made sure he was in church every Sunday; a Youth-League football coach, Wiley Cox, who gave him playing time in every contest but taught him the punishing price to be paid while scoring touchdowns; and a high-school coach, Gene Bradley, “the most athletic coach he ever played for,” whom he never defeated in friendly but hotly contested basketball-shooting contests. Sincerity and gratitude are obvious when Bobby admits that he was “blessed” during his Morrilton years and that he gained quiet satisfaction when, later, he earned classroom opportunities to teach and counsel less fortunate youngsters.

That twinkle does not disappear when Bobby identifies the two loyalties he holds dearest: (1) the University of Central Arkansas, which awarded him two degrees, provided him with opportunities perfect for his athletic desires and abilities, and introduced him to a host of people whose friendship he will always treasure; and (2) Pulaski Oak Grove High School, where he taught and coached for 35 years, helped to develop “the best player” he has ever seen, NFL star Darren McFadden, guided the school’s 1979 football team to a state championship, and is so highly regarded that its football stadium carried his name.


Bobby’s athletic achievements are the stuff of which youngsters dream. But those achievements have also won the respect of the finest judges of sport in Arkansas, who — whenever and wherever they gather to discuss athletic talent and success — are certain to mention Bobby’s name early and often. Conway County may well have prepared the most versatile performer ever to treat fans in “The Natural State” to athletic excellence.