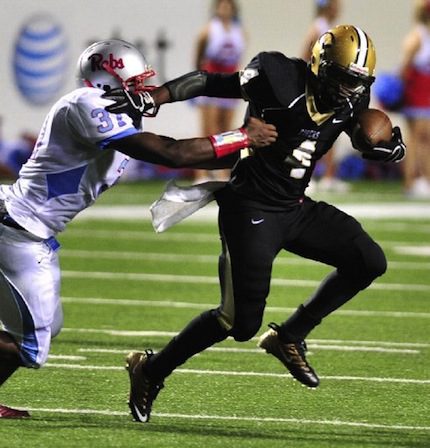 Created by Leotis Harris and Byron Jenkins of Little Rock, the alumni classic serves as a means to unite fans, alumni, and current players alike, all for the love of high school football.

“We want to make high school football big in the state of Arkansas,” Jenkins said. “The players learn about pride and tradition; they learn a little bit about some of the players that have played before them. Seeing the ones who played before them, it gives them a chance to represent their school and their alumni.”

The Rockets and Tigers have become quite the rivals over the past few years, with legendary coach Ellis “Scooter” Register leaving Little Rock Catholic to take over as head coach of the Tigers in 2009. 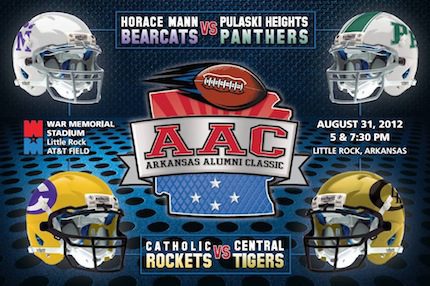 “It adds to the rivalry,” Jenkins said. “[Register] coached a lot of the seniors at Catholic when they were freshmen.”

New to the event this year is the Principal’s Challenge — held Saturday, Aug. 18 — where the principals of both Little Rock Catholic and Little Rock Central compete to bring the most alumni members to the game.

“The Classic is about getting the alumni involved in high school athletics,” Jenkins said. “We’re trying to bring awareness of the alumni associations of both schools.”

General admission seating is $7 per person. Skybox seating is also available for $20.

“The kids get a kick out of playing at War Memorial Stadium,” Jenkins said. “It’s something they’ll never forget.”