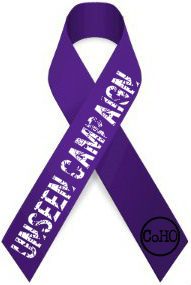 24 Feb City of Hope Outreach to kick off Unseen Campaign

The City of Hope Outreach is kicking off its Unseen Campaign in March to educate residents about the homeless population in Conway and Faulkner County.


Phillip Fletcher, CoHO’s executive director, said the campaign will highlight the stories of homeless people and increase awareness about the reasons people and families become homeless.


“The campaign also will prompt Conway residents to develop unique and humane ways of supporting homeless individuals and families,” he said.


The Unseen Campaign begins Saturday, March 1, with a ribbon day and continues with meals on Tuesday, March 11, and Sunday, March 16, that will benefit CoHO’s Hope Shelter for homeless men. A scavenger hunt will be held Monday, March 17, through Thursday, March 20, and the winners will be announced at a celebration on Friday, March 21.


At 7 p.m., the “Rally for the Unseen” will be held at The Locals, 1024 Van Ronkle. Conway Mayor Tab Townsell will speak, and David Keith, a lecturer of journalism at the University of Central Arkansas, will lead a panel discussion on homelessness with current and former homeless people.


At 10 p.m., residents can spend one night in a downtown park. “Spend the night in a cardboard box to understand the homeless situation and begin to think of ways to relieve their burden,” Fletcher said.


Friday, March 21 – At 7 p.m., “Embrace the Unseen: A Celebration” will be held at The Locals. It will include spoken word, music and food.


The Unseen Campaign aims to make homeless people more visible in the community and encourage people to help them.


“I hope that Conway residents will increase their support of local shelters such as CoHO’s Hope Shelter, the Bethlehem House, the Women’s Shelter of Central Arkansas and Renewal Ranch,” he said. “I want to see residents view the homeless not as a population to be ignored but people who are fighting to survive from day to the next.”