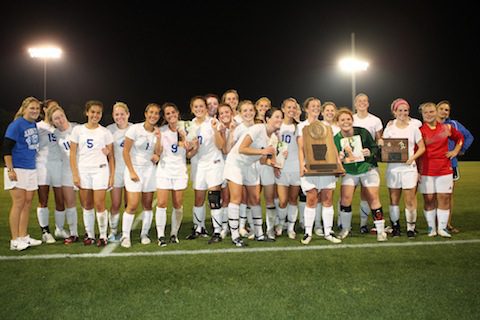 
When Buzz Bolding, the former Conway High athletic director, hired Whitney Allison to coach the Lady Cat soccer team, the young coach intended it to be a one-year gig.

But heading into her third season — with an overall record of 39-1-2 — Allison is adamant this one will be it. And she plans for her Lady Cats to defend the Class 7A state championship they won during a perfect 22-0 season in 2011.

“I’m definitely leaving,” she said, referring to her plans for law school in the fall. “Law school is one of those things that if you keep talking about it and don’t do it, you’ll never do it.


“Of course, I’d love to go out with a bang this year. With the heart and soul of this group, they deserve to go out like that. They’ve made history with this program. They’re leaving behind a legacy. I’m hoping for everything for them this year.”


Conway graduated seven off last year’s squad, but most of the starters return. Allison said they would be joined by sisters Alex Carter, a junior who has never played high school soccer but who has played on a competitive travel squad for years, and her sister, Marin Carter, a freshman.


“Alex has always been in school at Conway and is very close with this group of seniors,” Allison said. “This group of girls has played together for a long time. When you have a group like this, the heart and soul of your team — I can’t leave them. We’re going to graduate together. 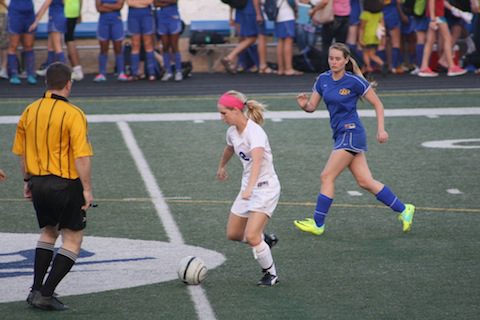 “They are great athletes on the field, and what they do for us off the field is vital as well. They are really good kids and they have a lot of talent to play in college, but very few of them will do it because they just want to be students.”


Part of the pressure this season is already off. Conway beat Fort Smith Northside in its season opener for its 23d consecutive win, but the Lady Cats fell to Fayetteville on Friday, 1-0, on a penalty kick.


Ironically, every blemish on Allison’s resume — except for a 2012 tie by Norman, Okla., has come at Fayetteville’s hands: two losses and two ties.


“I was not unhappy with the way we played Friday night against Fayetteville,” Allison said. “We have a very strong midfield this year and we came up with a formation to use it, but Fayetteville has kind of the same thing, so they have a lot of players in their midfield as well. Out of 20 field players, 10 were in the middle, so it was very hard to get our possession, our passing game, going.”


Getting the winning streak over takes off some pressure.


“You learn a lot more with losses than you do with wins,” Allison said. “I’ve warned the girls of complacency and being too comfortable, because we’ve got a huge target on us.”


The Lady Cats responded with a win over Springdale Har-Ber to move to 2-1. This weekend they’ll play in a Bentonville tournament that will include some teams from Oklahoma.


“It’s always good to get to play that kind of competition,” Allison said. “We’ve got the talent to have a very successful season, but we’ve got a long way to go.


“Regardless of who we play, we still go 110 percent, and if we win, we win with class. That’s the main thing I’m working on — keeping the attitude in check. The girls have been playing soccer together for a long time. I’m still teaching soccer, but there’s a lot more to all of this than just learning about soccer.”