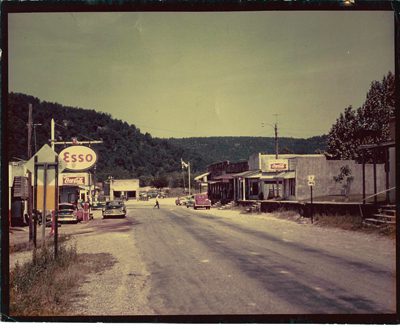 19 Sep Centennial celebration ‘All about Shirley’

Special festivities – including a parade – are planned this fall to celebrate the 100th birthday of the town of Shirley in Van Buren County.

The centennial celebration is planned Saturday, Oct. 1, according to Missy Worthing who is co-chairing the organizing committee with Kasey Nelson and Ginny Stone. “There are so many activities being planned, I just hope we can find enough hours in the day,” said Worthing. “The committee has broken into sub-committees so that we can get the job done, as well as involve everyone for this once-in-a-lifetime event.”

The theme is “All about Shirley.”

In celebration of his special day, Chambers has been named the grand marshal of the parade through downtown, which is scheduled at 10:30 a.m.

Parade floats will be judged and cash prizes awarded. Floats should represent periods of Shirley’s history as a railroad town, a logging and farming community, days of wars, days of peace and just everyday life in the little town.

Other activities planned include the “Up, Up and Away” balloon launch and raffle, games, races, speeches and fireworks. Historic displays will also be set up, and those participating are encouraged to dress in period costumes.

Originally a timber outpost in northeast Van Buren County in the early 20th century, Shirley is on the Middle Fork of the Little Red River. Located along the route of the Missouri & North Arkansas Railroad, the railroad station was named in honor of a man named Shirley who had an office in the station. The town was incorporated under the name in 1911.