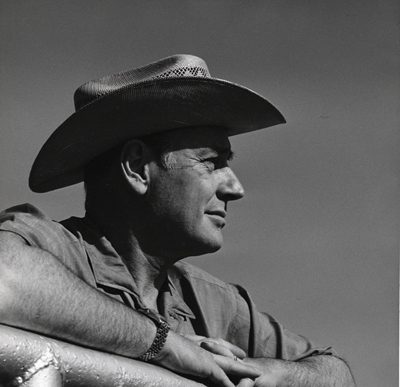 2012 marks the 100th anniversary of Winthrop Rockefeller’s birth and a year-long celebration is planned to highlight his legacy.

Rockefeller served as the 37th governor of Arkansas.  His leadership in political, economic and cultural arenas as well as in his philanthropic endeavors had a significant impact on the development of Arkansas. The celebration is intended to promote an understanding of these accomplishments to an audience that may know little of his deeds as an historical figure or his contributions to the evolution of the state.

Over the next year, the Winthrop Rockefeller Institute, the Winthrop Rockefeller Foundation, Winrock International, the Winthrop Rockefeller Charitable Trust, the University of Arkansas at Little Rock, the Central Arkansas Library System and the Arkansas Arts Center will celebrate the centennial by reaching out from Petit Jean Mountain, the home he created in his adopted state, to the rest of Arkansas and the United States. The celebration will offer a variety of programs that will honor his legacy, bringing it alive to a new generation. These programs will convene some of the nation’s leading thinkers and innovators to explore his contributions and take a contemporary look at the issues about which he cared so deeply. Alongside celebratory events, there will be an assortment of academic conferences, public forums, art exhibits and educational programs.

The celebration will highlight:

Governor’s Proclamation: A proclamation will be made by Gov. Mike Beebe in honor of Gov. Winthrop Rockefeller’s centennial birthday, and will kick off the celebration.

William “Sonny” Walker tribute and panel discussion: Arkansas legend and first African-American to be appointed to a cabinet-level position by Rockefeller, William “Sonny” Walker will be the subject of a documentary being produced by the HistoryMakers Series. This documentary will be previewed at the University of Arkansas at Pine Bluff. Walker will also lead a panel discussion about Rockefeller’s impact on race relations in the state.

Winthrop Paul Rockefeller “270” Exhibit: A permanent exhibit replicating Lt. Gov. Winthrop Paul Rockefeller’s 270 office at the Arkansas State Capitol will be unveiled at the Winthrop Rockefeller Institute. The exhibit will consist of his original office furniture and personal items as well as displays dealing with his time in office, how he came to be lieutenant governor, his accomplishments and how his father’s legacy has continued through him and his family.

Re-enactment of MLK /Rockefeller tribute: With a lifelong commitment to civil rights, Rockefeller was the only governor known to hold a public memorial service after the murder of Dr. Martin Luther King Jr. The current governor, other living governors, many of those in attendance in 1968, along with the MLK Commission are set to help re-create that watershed moment on the steps of the state Capitol.

Political Reform Conference: The Winthrop Rockefeller Institute will convene political scholars, journalists and other experts who will discuss the contributions made by Rockefeller in the arena of government reform and explore current efforts to strengthen the democratic system nationally.

UALR Center for Arkansas History and Culture: The University of Arkansas at Little Rock Center for Arkansas History and Culture (Archives) will launch a digital exhibit of photographs and documents from the Rockefeller collection housed at the UALR center. In addition to biographical information, the exhibit will include background on key topics: government reform, race relations, art and culture, economics, and education. As part of the broad effort to create more awareness, a link to these materials as well as curriculum materials will be available on the centennial website at WR100.org.

Arkansas and Race Conference: The UALR History Department, the UALR Center for Arkansas History and Culture, the Butler Center for Arkansas Studies and the Central Arkansas Library System will hold a conference on the African-American experience in the state. This centennial conference will address one of Rockefeller’s primary areas of concern throughout his life: the quest for racial justice and equality.