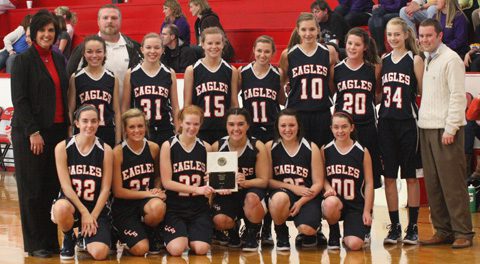 
Head coach Jeremy Carson gives credit to the team’s defense for the championship.

"Defensively, we saved our best performance for the final game of the season,” he said. “The kids were really dialed in, and played tough defense at all positions. We’ve been preaching that all year and they really responded well today.


“Offensively, we played to our strength and had balanced scoring from our lineup. We also did a great job of taking care of the basketball."


"I’m really proud of what this team was able to accomplish. We were 4-14 last year and were eliminated in the first round of the district tournament. This group of kids stayed together, believed in each other and worked really hard to achieve this championship. I couldn’t be more excited for them,” said Carson.