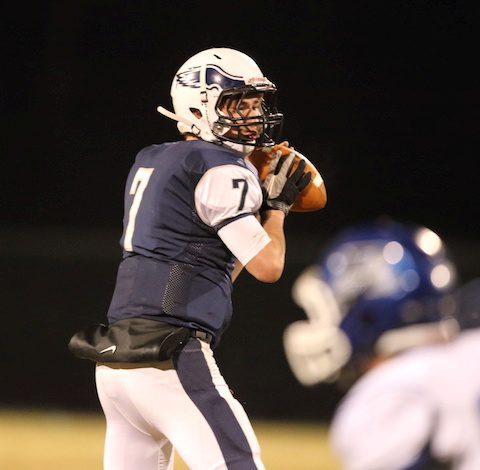 More than half the teams from the 501 that made it to the second week of AAA high school football playoffs were eliminated last Friday. Only nine 501 teams remain.


In the 2A, Conway Christian made school history last week by advancing to the 2A quarterfinals with a win over three-time defending state champion Junction City. The Eagles pulled the upset on the road, 41-36.


“I think that now the program has gained a much higher level of respect,” said senior lineman Carter Bramlett, a 501 Football Team honoree. “And personally I am honored to be a part of such a successful group of guys.”


Senior quarterback Jakob Henry finished 26-of-46 for 341 yards and four touchdown passes at Junction City. The Eagles will play host to Hazen this Friday.


“I am extremely excited to get another home game,” Bramlett said. “The atmosphere is totally different being on our own field. I would say that the game plan is to try and match Hazen’s physicality. They have a powerful run game, and we are definitely going to work to shut it down. Offensively we are going to use our passing game to attack them. They have not yet faced a passing offense like ours.


“Our school has never had an opportunity like this, and we need all the support we can get.”


Conway Christian isn’t the only 501 team left in the 2A playoffs. The Eagles’ 5-2A conference foe, England, is also still alive in the 2A championship hunt. England, the No. 1 seed out of the 5-2A, had another dominant performance, beating Mountainburg, 48-28, to advance to the 2A quarterfinals.


“This accomplishment means a lot because it’s something that hasn’t been done at England in more than 25 years,” said senior Xavier Iverson, a 501 Football Team honoree. “For me personally being a part of this ride has been great because these guys are who I grew up with. Even in pee wee football we were the group that always bonded, and we have always been successful together, so to be doing this well with these guys is the best feeling.”


In two playoff games, the Lions have outscored opponents 119-40.


“Our entire offense is stacked with great athletes and skill players,” Iverson said. “I personally believe our quarterback Brayden Brazeal makes us [receivers] look good. We all know how to work together and complement each other’s skills. And our offensive line is doing very well this year. Being together for the past few years and learning Coach [Terry] Farmer’s system has helped us a lot.”


England plays host to Des Arc this Friday in the 2A quarterfinals. 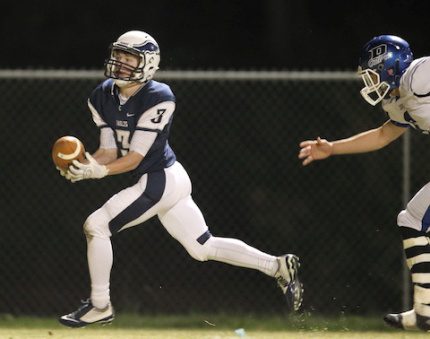 “Hosting the quarterfinals at home is great,” Iverson said. “We’ve had great fan support this entire season, and this will be our last game of the season at Gaylon Gibbs Stadium, so winning another one for them would be wonderful.


“Our game plan hasn’t changed much. We believe that from here out winning the game is on us. Gaylon Gibbs Stadium on Black Friday should be a great atmosphere! Fans are all excited and ready for this game against Des Arc. The game is promised to be a good one with Des Arc having a great team, as well as us being a very good team. If there was any game to see of us this year, this would be the one.”


Central Arkansas Christian is the lone 501 team remaining in the 4A playoffs. The Mustangs play host to Pea Ridge this Friday in the 4A quarterfinals.


Three 501 teams remain in the 5A playoffs, and all of them are from Little Rock. Pulaski Academy plays at Little Rock Christian, and Little Rock McClellan travels to Batesville.


Only one 501 team is left in the 6A playoffs. Benton makes the long trek to Greenwood in the 6A semifinals.


No 501 teams remain in the 7A. Bryant, Cabot, North Little Rock and Conway all lost to 7A West teams last week in the 7A quarterfinals.

6A Semifinals
BENTON at Greenwood

3A Quarterfinals
GLEN ROSE at Rivercrest
HARDING ACADEMY at Danville

2A Quarterfinals
Des Arc at ENGLAND
Hazen at CONWAY CHRISTIAN