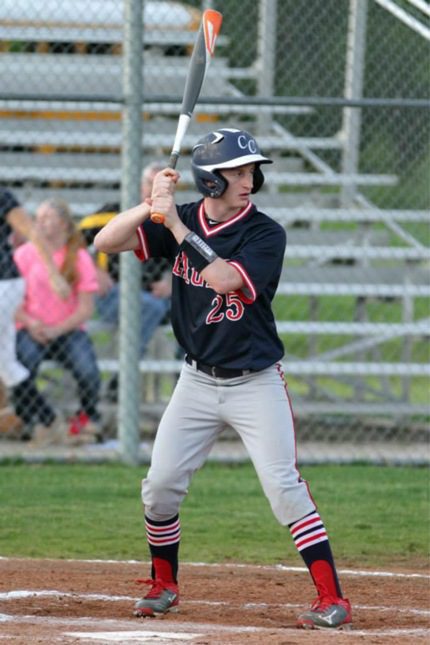 The 2015 high school baseball season has been hampered by inclement weather all year but the Conway Christian Eagles have found success.

The Eagles are preparing to start the 2A – West Regional Tournament beginning on Friday. This season they have earned an overall record of 14-4 (conference 6-0) and this past weekend they won the 2A – 4 East District tournament in the championship game against crosstown rival St. Joseph High School. During this game, the Eagles recorded 17 hits in six innings and only gave up one run in the contest with the 9-1 win over St. Joe.


With the district championship win, the Eagles locked in a No. 1 seed going into regionals where they will face Mountainburg High School (No. 4) at 10 a.m. Friday in Hector. In order to qualify for the state tournament, the Eagles must win their first round game against Mountainburg.


The Eagles are led by senior Josiah Smith at the plate (.442 batting average / 13 RBIs) who holds a 2.87 ERA while on the mound. Junior Jakob Henry has also contributed at a high level to the team while hitting two HRs in the last three games. Henry also maintains a 2.22 ERA while striking out 84 in 44 2/3 innings pitched. Zack Harris, a sophomore for CCS, maintains the lowest ERA of 1.11.


“We have been blessed with a great pitching staff this year but we must continue to hit the ball well in order to continue to compete in the post-season,” said Coach Andrew Roberson. “We can stay in any game with our pitching staff but staying in a game as opposed to winning a game will most likely come down to ‘timely hitting’ as Coach Chris Powell (assistant baseball coach) likes to emphasize.”