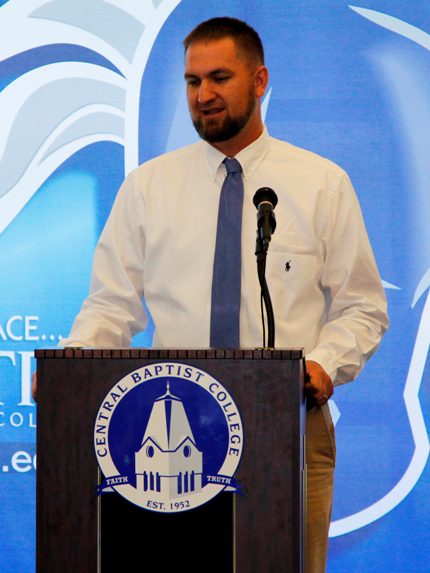 Dr. Aaron Brister has accepted the position of head men’s baseball coach and professor of kinesiology at Central Baptist College.

CBC Athletic Director Lyle Middleton made the announcement at a press conference on Monday, June 10.


Brister comes to CBC from Emmanuel College in Franklin Springs, Ga. He spent eight seasons with the Emmanuel Lions and ended the 2012 season ranked third in the nation. He has three consecutive years of posting 20-plus wins in a season and has taken the Lions to the NCCAA Regional Tournament and NCCAA World Series.


After turning down offers to play at the professional level, Brister answered the call to ministry. He became a youth minister and worship leader for seven years before becoming a collegiate head baseball coach and associate professor of kinesiology. He still serves as a licensed minister of the gospel and led worship at a local church in Georgia. He has a heart for ministry to his players and to the world. He is highly involved in yearly mission work in the states and abroad.