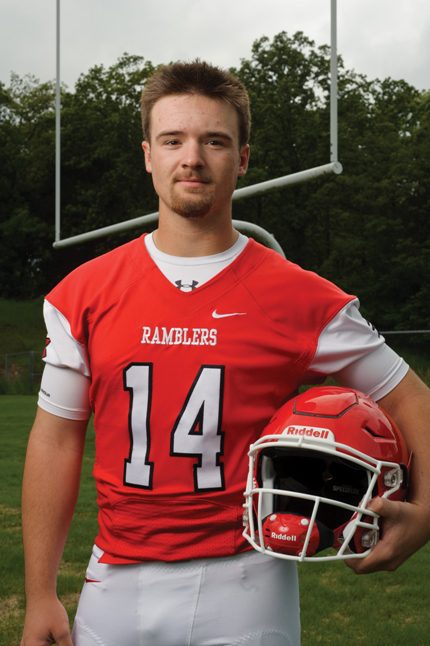 26 Aug Cantey's heart for service extends beyond the field


Jake Cantey is of a rare breed of high school students. He just gets it — his eyes rarely shift off the big picture.


The Rose Bud quarterback knows what’s at stake as he enters his senior season.


“We want to make the playoffs,” Cantey said. “It’s something our school has never done before. We want to finish with a winning record and turn the program around. As seniors, it’s our last chance to make a statement at Rose Bud. We have to take advantage of that.”


Cantey was selected to this year’s 501 Football Team — 27 players representing all 11 counties of the 501. The team boasts the best the 501 has to offer both on and off the field. Cantey was nominated by Rose Bud’s head coach, Kevin Coleman.


“Jake is good at finishing a run and extending the play,” Coleman wrote in his nomination. “He’s the first to arrive and last to leave workout. We expect him to lead us every play in the right direction.”


2015 marks Coleman’s second year to helm the Rose Bud program. It’s also Cantey’s second year to lead the team at quarterback. Cantey has bought into the new changes that Coleman brought to Rose Bud, and not all of the changes came on the field.


“He’s my favorite coach I’ve ever had,” Cantey said. “He came in last year and brought such a huge change. He’s a power lifter professionally, and he comes in and brings intensity that I’ve never seen before. At first, it was really intimidating, but you can’t help but love him. I’m addicted to lifting now, too. I look forward to football every day. A lot of people dread it, but I can’t wait for it, and that has a lot to do with Coach Coleman.


“We’re a lot stronger than we ever have been. It’s prepared us a lot better. We’re a lot more durable, for sure. It’s helped with other sports, too. A lot of our players who also play baseball, their power numbers have gone up. We hit more home runs last season.”


The Ramblers made greater strides in their first year with Coleman in 2014 than would be evident by their final record. Despite just two wins, the Ramblers gained ground in their new offensive and defensive schemes and increased numbers from year one to year two. Cantey and his teammates are ready for even greater gains this season. 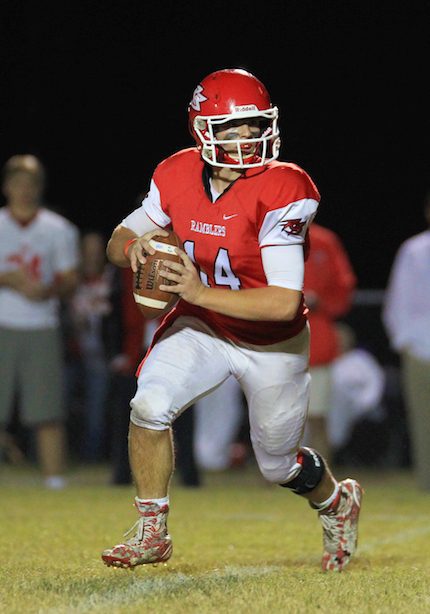 Cantey has spent significant time honing his craft during every off-season for the last several years. He has regularly attended the Manning Passing Academy.


“I have had some great opportunities to meet great football players,” Cantey said. “Big names like the Mannings, Kirk Herbstreit, pretty much any big name quarterback you can think of the last few years — Jameis Winston, Marcus Mariota, Johnny Manziel. Bryce Petty. I have all my footballs saved up with autographs on them.


“There’s always guys there that you can find that have a similar playing style as you. Bryce Petty was one of my favorites. He’s such a nice guy. I pick up on things they do that help them. Connor Shaw from South Carolina, we’re about the same size. He helped me out a lot with footwork. You see those guys on Saturdays and then you get to meet them and learn from them. It’s surreal.”


Over the years in school, Cantey has played baseball, basketball and football, but currently he’s just focusing on football and baseball. He plays third base for the Ramblers. Off the field, Cantey enjoys playing guitar and making music with his friends and family. He’s also an avid outdoorsman and looks forward to the downtimes when he can hunt, fish and camp with his friends.


In the classroom, Cantey maintains a high GPA and is a member of Future Business Leaders of America, Fellowship of Christian Athletes, Beta Club and the National Honor’s Society. He’s also class president.


But above it all, Cantey is passionate about supporting veterans, and he hopes to serve his country one day, too.


“My dad graduated from West Point, so I remember growing up watching the Army/Navy game since I was very little,” Cantey said. “That was just my favorite thing in the whole world, watching that game every year. My dream is to play Army football. That’s what I’m still trying to do.”
Cantey has received interest and visited with several service academies for both football and baseball. He is a Jr. Brigade member and regularly volunteers at the Veterans Museum in Vilonia.


“The museum got destroyed by the tornado last year,” Cantey said. “This year, my mom and I built a World War I exhibit. I’ve been spending some time over there to help support our veterans. It’s very important to our family. My brother got back from Afghanistan two years ago. My dad was in the Gulf War. I hope to be a veteran someday, too.


“I want to serve. I want to go to a service academy and play football. Army is my No. 1, but the Naval Academy has been showing a lot of interest. It might break my dad’s heart, but I’m looking forward to either option.”


Cantey and the Rose Bud Ramblers kick off their season Friday, Sept. 4, at Quitman.