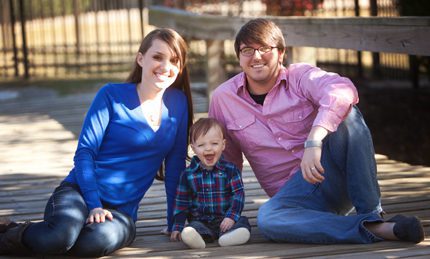 I’ve always been a sucker for a good story.

It could be a novel, a TV series or an article in a magazine — it doesn’t matter to me. If it’s got complex characters and an interesting hook, then I’m all in.

One of my favorite stories is the TV series “Lost.” The drama featured a large ensemble of broken people, a plot so convoluted that it at one point included time travel and a mythology as equally deep as it was absurd. In short, it was, while it aired, the perfect story for me.

The show wrapped up in May 2010. Its sixth and final season featured a parallel story that gave viewers a different perspective on the characters we had spent five years with. In this parallel timeline, certain horrific things that had plagued the characters in their past had not happened (or not happened exactly the same way) here. In this story line, the characters were living the lives that it seemed they had always wanted, but there was still something missing for each of them.

I can’t go much deeper than that without spoiling the story, but this storytelling mechanism gave the audience a “what if” perspective.

About four months after the finale, I was living in circumstances that left me wishing for a “what if” timeline.

On Sept. 4, 2010, my wife, Brittany, and I found out that she was pregnant. We were both thrilled. We had been trying for about a year with no luck. Brittany had always had a strong desire to be a mother for as long as I had known her. We believed that it was God’s promise to her.

But sometimes promises aren’t realized how we want them to be.

The early hormone levels indicated what appeared to be twins, but the pregnancy did not survive. We never heard a heartbeat or saw anything in an ultrasound. Her body was telling her that she was pregnant, but there were no babies.

These were the darkest days of our marriage. During this time, I was working a job in Denver that I had accepted days before we found out we were pregnant. Have you ever felt like everything happening around you wasn’t real? I felt like I was moving and speaking and working, but that it was someone else’s life. It sounds so cliché, but I literally found myself on my knees crying in a hotel room. It was rough. I don’t cry very often.

Several nights I would sit in my hotel after work and take a page out of “Lost” — I would create a parallel timeline. In this timeline, we weren’t separated by miles and miles, and best of all, we didn’t have a miscarriage.

In Denver, I bought season one of “Fringe.” I knew several people who loved “Lost” who also loved “Fringe.” It’s funny how certain stories affect us differently depending on the circumstances of our life at the time.

At the heart of “Fringe” is a man who loses a son and is willing to do anything to get him back, even if it means breaking the laws of nature and crossing into a parallel universe to steal that universe’s version of his son. (I know what you’re thinking: What kind of crazy TV does this guy watch? Hey, I said it in the beginning. I’m a sucker for a good story.)

Going through this extreme loss, the core story obviously spoke to me. And like with “Lost,” I began again to create a parallel universe in my mind where maybe our promise was kept. These stories are great and entertaining, but they’re not real. The comfort these thoughts provided were only temporary.

In February 2011, my job circumstances changed, and I was given a chance to go back home. We jumped on it. Now that I was back home, we finally had a real opportunity to start trying again for a baby. In March, we were upset again to find out that we were not pregnant. Or so we thought.

Brittany had some unexpected bleeding. The doctor wanted her to take a pregnancy test just to rule it out. Well. It was positive.

Here we go again. I know that’s what both of us were thinking. I mean, really, how could this happen again? I felt like we had just picked ourselves up out of the pain when we were knocked right back to our knees again.

Then, so many people came to us and got down on their knees with us. I can’t begin to explain the amount of love we experienced in the weeks that followed. One night we had our small living room packed full of church friends who came to pray for us. That kind of supernatural intercession was foreign to me. To be honest, in the past I had always struggled with that kind of stuff. It made me uncomfortable, but I was to a point where I was comfortable with the uncomfortable. I wasn’t going to let myself get in the way of what God was trying to do in our lives.

I’ve been a Christian since I was 13, but that night in our living room was probably the first time I had ever truly believed in God’s power to actively intercede in our lives. And that belief was aided and strengthened by the people who were believing for and with us. I can’t thank our friends and family enough. They didn’t just try to pick us up — instead they got down with us in our pain.

Fast forward a few weeks, we received great news at a doctor’s appointment. We had a blob and a heartbeat.

On Nov. 23 of this year, we celebrated the first birthday of our son, Canaan Rhys Gilbert. We named him after the story in Numbers 13-15. God promised His chosen people, the Israelites, the land of Canaan (the promised land). All they had to do to receive the land was believe God’s promise, despite the circumstances, and go and take it.

God keeps His promises, but like we’ve learned in the last two years, they aren’t always kept how we want them to be kept. If we reject fear and our problems and choose to have a “different spirit” and follow God “wholeheartedly,” we will “inherit” His promises (Numbers 14:24).

In our desperation, we opened up to God like we never had before. My daily hope and goal is to open up to Him in the calmer times of my life and not just during the storms. My family will strive to make more room for God in our lives in 2013.

I’m a sucker for a good story, and our story is always better when He is involved.

Mike and Melisa Ortner have a strong desire to be parents.


It’s a desire that Brittany and I can relate to, and for the Ortners, like with us, their promise of being parents is being realized a little differently than they had planned.


Recently, Mike and a group of the Ortners’ close friends threw a birthday party for Melisa. It was no ordinary party. Everyone in attendance had brought their phone lists and chargers with the p
lan of calling all of their contacts to see who would be interested in helping the Ortners raise money for an adoption. With a goal of $35,000, they raised $18,000 on that night alone. Currently the Ortners have reached $25,000. Donations are still being taken.


After so many friends were there for us in our time of need, the least I can do is let our readers know about this great couple and their goal of adopting a child.


For more information or to contribute, visit cottonrohrscheib.com/blog/operation-ortner-adoption for instructions on donating to the Ortners’ adoption fund through Grace Haven Ministries.