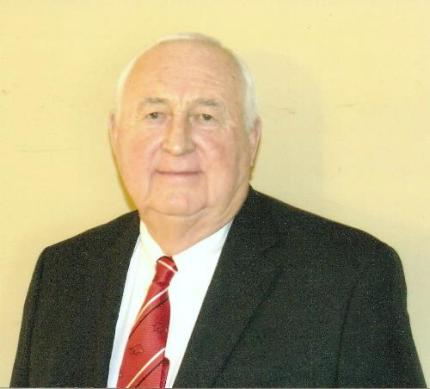 This year’s honoree is Eugene L. “Laddie” Crouch. He will be roasted by James Handley, Ken Hatfield and Mike Malham. John C. Thompson will be the master of ceremonies, and the Rev. David “Buzz” Crouch, Gene’s brother and Pastor Emeritus of Searcy First Baptist Church, will deliver the invocation.


The event will honor students who are receiving scholarships from the foundation this year.


The Cabot Scholarship Foundation was formed in 1992 by the Cabot Centennial Committee to encourage and recognize academics in Cabot schools. The Roast and Toast Banquet is the Foundation’s only fund-raising event.


Crouch was born in Helena and raised in nearby Lexa. A 1961 graduate of Barton High School, he attended the University of Arkansas on a football scholarship, graduating with a bachelor of science in education in 1965.


He held coaching positions in Brinkley and El Dorado schools before beginning a 25-year career with the FBI that included assignments in Philadelphia, New York City, Rapid City, S.D., Muskogee, Okla., and Little Rock. Upon retirement in January 1995, Gene taught and coached in Cabot Public Schools, retiring in 2003. His support of Cabot’s sports programs continues to the present with his regular attendance each season at most sports competitions.


Gene was married to the former Sue Wood until her death in 2013. Their sons, Lad and Andy, attended Cabot schools and both were active in Cabot athletics.


Gene is an active member of Cabot United Methodist Church and Rolling Hills Golf Association. He was a Cabot Rotarian for many years, being honored as Rotarian of the Year for 2008-2009.


Tickets for the event are available for $30 per person or $240 for a table of eight.


Donations are accepted throughout the year for the Cabot Scholarship Foundation, 200 West Main St., Cabot. Last year, the Foundation awarded 92 scholarships worth a total of $93,550.