Eddie Glover, RPh, president and CEO of U.S. Compounding in Conway, has been named the National Community Pharmacists Association (NCPA) 2011 Willard B. Simmons Independent Pharmacist of the Year. The award is sponsored by Upsher-Smith Laboratories, Inc.


The announcement was made at the NCPA 113th annual convention and trade exposition Oct. 8-12.


The Independent Pharmacist of the Year award recognizes an independent pharmacist for exemplary leadership and commitment to independent pharmacy and to their community. The award is named in honor of someone who exemplified these qualities: Willard B. Simmons, a former executive secretary of NCPA (then the National Association of Retail Druggists) and long-time NCPA Foundation trustee.


A graduate of the University of Oklahoma, Glover founded U.S. Compounding in 1995. It is a PCAB Accredited TM, compounding-only pharmacy that provides patients (whether they are human or animal), physician clinics, hospitals and surgery centers throughout the United States with injectables, ophthalmic preparations, bioidentical hormone replacement and topical compounds for pain. A heavy emphasis is placed on utilizing the latest technology. The compounded drugs are tested by a DEA and FDA registered lab to ensure sterility and quality. U.S. Compounding carries several lines of pharmaceutical grade vitamins and supplements and has a new line of high-end skin care products through a sister company called US CosmeCeuticals and a new skin care line, Rx Solutions Skin Therapy.


Glover is active with several groups at the local, state and national level. In his community he is a member of the Conway Area Chamber of Commerce and on the board for Excel Youth. He is very active in the Arkansas Pharmacists Association, where he is on the board and a district president as well as a member of the Compounding Academy. Nationally, he is involved with NCPA, the International Association of Compounding Pharmacists (IACP), Pharmacy Partners of America and the Professional Compounding Centers of America (PCCA). Glover also serves on the Board of Directors for the Compliant Pharmacy Alliance.


The “Bigger Part of Your Life” commercial series, featuring the “Gimme 5” characters, received first place in the marketing and promotion category. Ad Sales and Local Programming Manager Linda Johnson and Kinetic Canvas were recognized as producers.


Installer Trainee Justin Kimbrow was recognized in the upgrade sales category. Senior Customer Service Specialists Phyllis Stubbs and Jane Harrison were recognized in the customer retention category. Both categories recognize representatives for their use of product knowledge to match services to customer interests.


Customer Care Team Leader Kelly Wirtz and Customer Care Specialists Sheila Fraser and Eleise Myers were recognized in the repair/service category. Installer Trainees Chris Franco and Justin Moore were also recognized. Awards are based on entrants’ concern for their customer’s individual needs and resolution of the situation to the customer’s satisfaction.


In addition to the CSE Awards, Conway Corporation CEO Richard Arnold was inducted into the 2011 class of Pathfinders, an elite group of cable industry professionals who actively participated for at least 20 years and made a significant impact on the industry during that time. Inductees must be nominated and endorsed by two Pathfinders to be considered for inclusion. 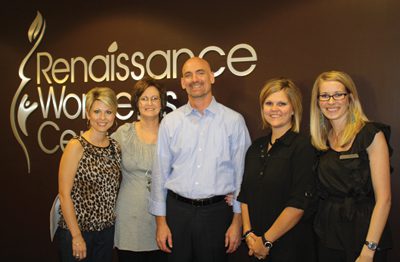 
Wood offers a full array of gynecological and obstetric services in his new 9,350-square-foot clinic, which opened Sept. 1. 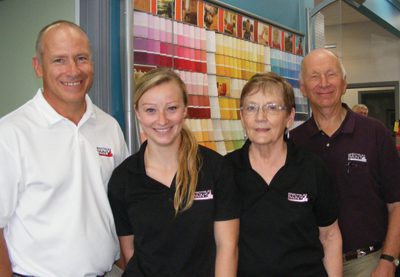 
About 200 people representing segments of the construction industry were present, including new residential painters, industrial painters, homebuilders and property management.


After visiting with various vendors and suppliers and learning about new products, those attending were served burgers and brats for lunch.