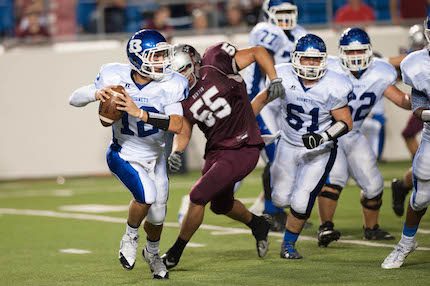 Bryant captured its third 7A/6A South title in four years in 2013 and joins the likes of Conway, Greenwood and Little Rock Catholic in the 7A/6A Central this year. For Coach Paul Calley and the Hornets, being successful in the new conference will take hard work.

“Our ability to run the ball consistently will be vital to our success,” Calley said. “We must rely on our speed and quickness to force bad plays and turnovers. Developing depth on both sides is a top priority.”


All-state running back and receiver Brushawn Hunter is an offensive game changer. The senior combined for more than 1,200 yards rushing and receiving and 16 touchdowns last year. Hunter was named to this year’s 501 Football Team.

“Brushawn’s speed and athleticism make him a tremendous weapon for us, and he’ll set the tone for us on offense,” Calley said. “He is proud to be a Hornet and has many friends outside of the football family. He has always been a great ambassador for our school.”