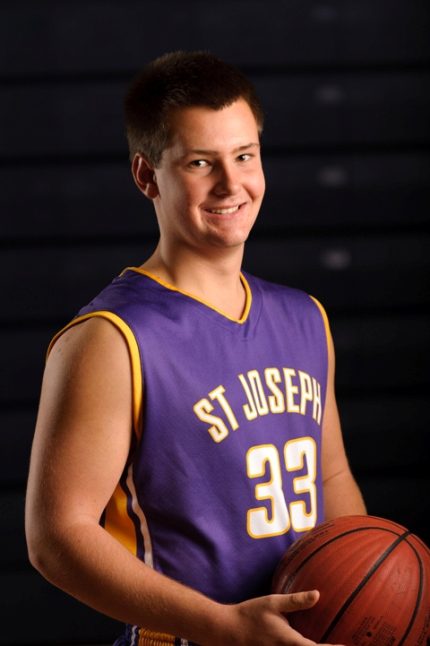 
There’s nothing quite like starting the season strong — just ask the St. Joseph Bulldogs.


As the team nears the halfway point of the season, the Bulldogs have already amassed a 6-1 home record and have also emerged as the front runners in the 4-2A East conference.


“We’re starting to turn the page,” senior guard Landon Bruich said. “We’ve matured on offense, and we’re starting to cut down on turnovers and get the ball where we need it to be for high-percentage shots. Our defense has been good all year, but we’re as balanced as ever right now.”


Bruich was selected to this year’s 501 Basketball Team — 35 players representing the best the 501 has to offer both on and off the court. Bruich was nominated by St. Joseph head coach Brent Bruich.


“Landon is an extremely hard worker, leads by example and is a great teammate,” Brent Bruich said. “He genuinely loves and cares for others — especially his teammates and classmates. He will be a leader for us on and off the court. He will help lead and guide the younger players on the team.”


With a 58-31 win over Western Yell County on Tuesday, St. Joseph (8-5, 3-0 4-2A East) not only extended its current four-game winning streak to stay undefeated in conference play, but also knocked down its first road victory of the season, something that has been a thorn in the Bulldogs’ paw this year.


“Winning our first road game of the season is huge for us,” Bruich said. “We’ve dropped some tough away games so far this season, and it felt really good to get this win under our belts. We’ve won four in a row now. Last week, we won three games and improved to 6-1 at home. In this conference, every game is an exciting one, especially the away games. In order to be successful, you have to find a way to win on the road, and I think our team has the right chemistry to get the job done.”


Though there’s still more basketball to be played, the Bulldogs look to their upcoming schedule with a lot of optimism.


“Our coach says that our limit is whatever we make it,” Bruich said. “We definitely have the talent to make a deep run, but if we don’t work hard and put in our best effort, we can get bounced out pretty quickly.”


According to Bruich, the key to keeping the strong pace is to continue to develop the team’s chemistry — a personal goal of his this season.


“I’m one of only two seniors this year,” Bruich said. “We have a lot of talented juniors and sophomores. I feel like I have to help them reach their full potential. We all know each other and have played together since elementary school. Some of us are even related to each other. We’re playing well as a team right now, and I think we have what it takes to be successful.”


When he’s not shooting hoops, Bruich is sinking putts for St. Joseph’s golf team, and has garnered numerous awards in his high school career — including a state championship his freshman year and district championship his sophomore year. In the community, the senior also volunteers with the  Faulkner County Youth Leadership Institute, an organization designed to help high school juniors and seniors develop leadership potential.


“This year, we worked with an organization called Deliver Hope in order to remodel the building across from the juvenile detention center in Conway, so that youth who are being released from jail have a place to go for help and guidance.”