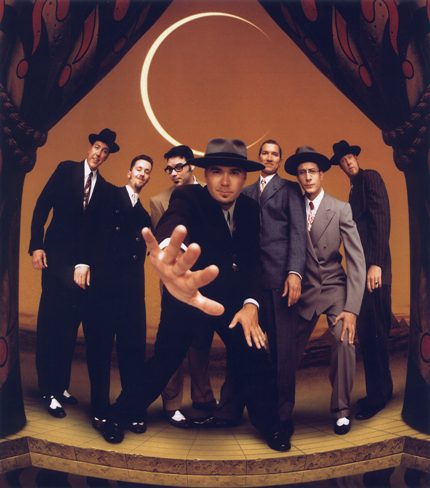 This pop-swinging group has been in the music spotlight for 20 years. They began their career in Los Angeles at the Derby nightclub in the late 1980s. Their high-energy performances caught the eyes of many and landed them in the 1999 halftime Super Bowl show and a recorded album, “Everything You Want for Christmas,” in 2004.


“This event is sure to be a fun night of swinging music and have the whole audience in the Christmas spirit before they leave the hall,” said Amanda Horton, director of UCA Public Appearances,


Big Bad Voodoo Daddy is unique in that it is a nine-piece ensemble looking to show the world that a band can still wow audiences from all over with its Christmas jazz mixes. Scotty Morris founded Big Bad Voodoo Daddy and started the group on its way with a launch of two CDs, “Big Bad Voodoo Daddy” and “Watchu’ Want for Christmas?” Some of its well-known originals are “You & Me and the Bottle Makes Three (tonight)” and “Go Daddy-O” that were featured in the 1996 film “Swingers.”


This show, sponsored by the Log Cabin Democrat, plans to continue the party by taking things to the next level with the release of “Rattle Them Bones.” It is expected to get the audience members off their feet and moving to the 1930s and ‘40s jazz mixes while expanding their minds to a new musical inspiration and influence.