Bethlehem House is inviting the public to a celebration of the organization’s 25th anniversary at a reception in Downtown Conway. 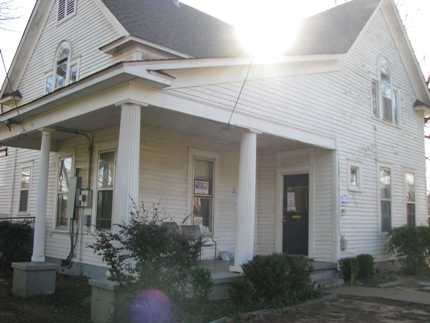 In 1989, a group of Conway citizens came together with a shared concern for the homeless in Faulkner County. To determine if their concern was justified, a local emergency provision relief agency made an informal survey of its clients. During a six-week period, from Feb. 1 to March 15, 1990, the study identified 160 homeless adults and children in the Faulkner County area.


In May 1991, the group leased a 3,200 square-foot house built in 1912 in Conway and began renovations. In October of that year with more than 10,000 hours of volunteer labor and copious material donations, the Bethlehem House opened its doors. The shelter would spend the next 22 years in this facility.


Bethlehem House completed a capital campaign in December 2012, with the community providing more than $1.3 million in donations to build a new home for the homeless. The move to the new 7,300 square-foot location in 2013 now allows Bethlehem House to serve 35 residents and its staff members under one roof and has emergency shelter for up to eight individuals.


For 25 years, Bethlehem House homeless shelter has continued to serve the needs of the homeless in the community thanks to the support and efforts of local businesses, volunteers and staff.


Join Bethlehem House staff and volunteers from 5 to 7 p.m. Friday, Nov. 11, in the UCA Downtown Building, 1105 Oak St. in Downtown Conway, for an event to recognize the impact the shelter has had in the community. It is a casual come and go event.


Bethlehem House recently received a $25,000 matching grant. Guests can help the shelter reach their anniversary goal, by making donations on a money tree available during the celebration.


The Bethlehem House mission is to encourage, equip and motivate homeless and nearly homeless individuals and families to take the necessary steps to improve their life situations.


For information about volunteering with or donating to Bethlehem House, call 501.329.4862 or visit bethlehemhouse.net.