“Best in the West” – a western comedy with a hint of Shakespeare – will be presented at 1 and 7 p.m. Thursday, March 14.

According to Drama Director Laura Shelton, the Drama Club roster burgeoned to more than 100 this year, with a large contingent of boys, so the search for the spring play required something with a large, mostly male, cast. A western was the best option.

The play revolves around a travelling acting troupe that lands in a desolate western town. The main characters make a wager that the townspeople can be hoodwinked.

Teddy Best is played by junior Lou Kerst, in his first dramatic performance. As Teddy’s true character is revealed throughout the play, his sidekick, Hannah Muldoon, played by Drama Club veteran McKenna Vaught, comes into her own aided by the new schoolteacher in town, played by sophomore Emilie Williams.

The play has elements of a love story, an action piece and slapstick comedy; however, it is ultimately a lesson in encouragement, according to Shelton. Williams’ character allows Muldoon to see who she truly can be. In light of that, the Drama Club has chosen 1st Thessalonians 5:11 as its theme verse: “Encourage one another, and build one another up.”

“I love the community feel of working on our plays, how the school comes together for a common purpose,” said senior Abby Austin, who has been in drama for four years. She plays the innkeeper and serves as prop manager. “I am especially excited about this play as our senior play.”

Lane McSpadden, a senior who plays the town preacher, looks forward to bonding with his classmates and other schoolmates who he would normally never talk to.

Freshman Anne Pratt is in her first CCS production and plays Crazy Kate Wilder. She has been in several other community productions. “I’m excited to play the bad guy in the play even though I am the shortest and youngest in the cast. I think everyone is going to really love this production.” 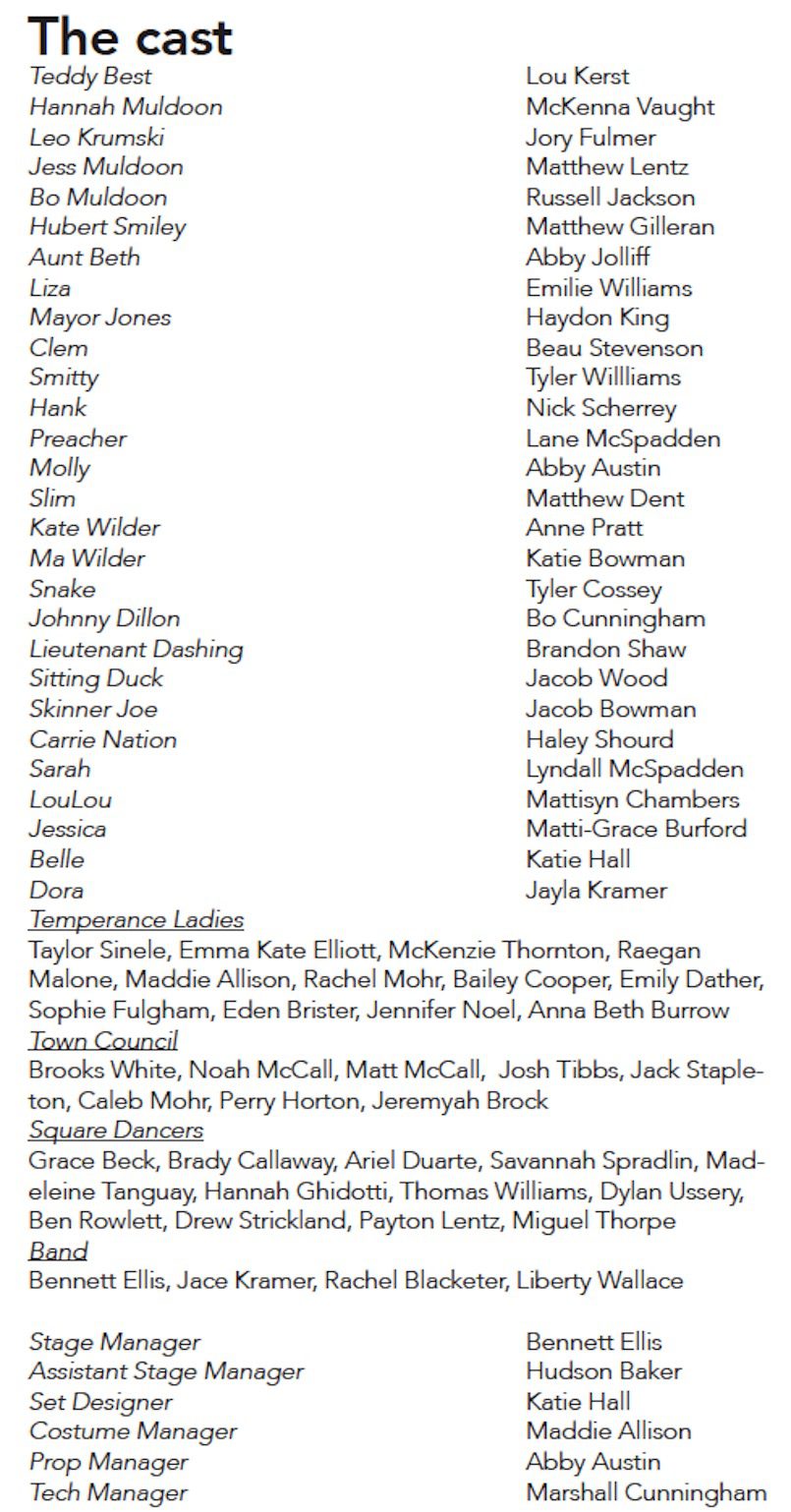