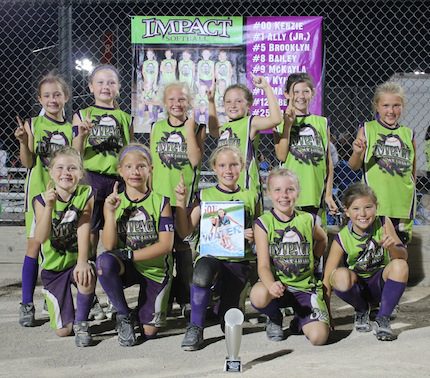 Impact – a team made up of girls from Mount Vernon, Greenbrier, Rose Bud, Vilonia and Morrilton – went undefeated 7-0 in the tournament and took first place. In addition, Impact won the 8u USSSA state tournament in Conway a couple of weeks ago.


Ballistix 03 won second place in the tournament. The team has players from the DeQueen area.


AR Synergy 04 won third place and has players from the Central Arkansas area.