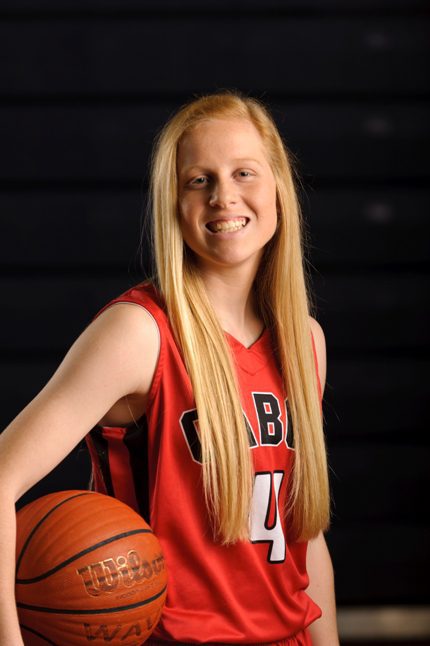 
The high school basketball season is down to the wire. On Tuesday, Rachel Allgood and the Cabot Lady Panthers waited to find out if they would make the 7A state tournament as the third seed out of the 7A East. And it was all out of their hands.


North Little Rock beat West Memphis on Tuesday, which locked up the third and final playoff berth for Cabot.


Allgood, a senior guard for Cabot, will get to finish her career in the 7A playoffs. It will cap off what has been the most challenging season of her high school basketball career. With the playoffs approaching, Allgood just feels lucky to be on the court.


“The biggest challenge I have had to overcome this season was being diagnosed with mononucleosis before conference play began,” Allgood said. “For the past three years, we have gone to Mansfield, Texas, to play in the Spring Creek BBQ Invitational tournament, and after our first game I had to go to an urgent care facility and tested positive for mono. I was devastated. Prior to this season, I had only missed one game my whole career due to an ankle injury. I was on target to have a breakout season and then I had nothing.


“I was told that I wouldn’t be able to come back until the first of February. I missed the first half of conference play. I was released the day before we played Central and only played a few minutes of that game. I have had some good games since being back and some not so good games.”


Allgood was selected to this year’s 501 Basketball Team — 35 players representing the best the 501 has to offer both on and off the court. She was nominated by her head coach, Carla Crowder.


“She hustles and is a good outside shooter,” Crowder wrote in her nomination. “Rachel has a high basketball IQ. She is outgoing and fun to be around. She defends, hits shots, rebounds, takes care of the ball and is a true leader.”


Allgood has been playing basketball since the first grade. The senior point guard is also the starting second baseman for the softball team.


“When I’m not playing sports, I enjoy drawing, hanging with family and friends and learning more about God,” Allgood said.


Allgood and the Lady Panthers close out the regular season playing host to Searcy at 6 p.m. Friday.