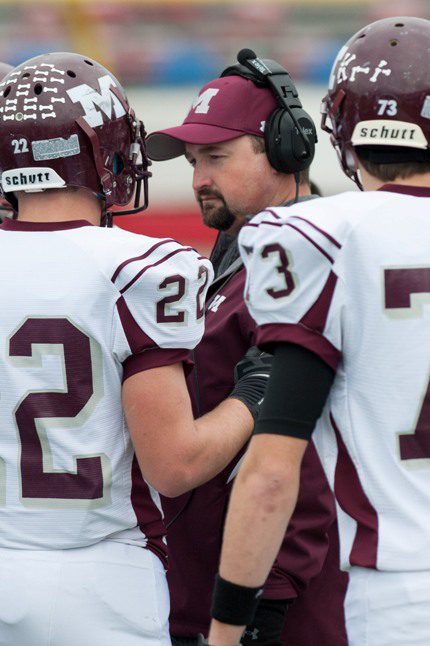 
Ten head coaches will lead the contingent from the 501 in the Arkansas High School Coaches Association All-Star activities next week in Conway.

Cody McNabb, who led the Morrilton Devil Dogs to the Class 5A state football championship in December, is head coach of the West squad.

Chata Hickey of Conway will lead the East softball team. Kevin Sullivan of Vilonia will head the West softball squad.


Joe Allbritton of Mayflower is head coach for the East baseball team. Kirk Bock, who led Bryant to the Class 7A state title, leads the West squad.


Leslie Doss of Cabot is head coach of the East dance team.


McNabb and Nance agreed they were thrilled by the honor.


"I love coaching football, and this is another chance for me to get to meet some different coaches and bounce some ideas off some guys who have won a lot of games, and connect with some other athletes you wouldn’t normally get to coach," said McNabb, 38, who led Morrilton to its first state championship in 40 years last fall. "It’s coaching football — what we all love to do — and I’m going to enjoy myself and get to know these kids and these coaches a little better and have a great time."


With this accomplishment, Nance, 28 — who has already coached two schools to state titles —has surpassed her father, the legendary Guy-Perkins coach John Hutchcraft, 61, who served one of his several stints as an assistant all-star coach in 2003, when Nance played.


"He’s never been a head coach (in the All-Star game)," she said. "I didn’t know that until the other day when he said, ‘You’ve done something I haven’t done,’ which is crazy. At some point, he should’ve been the head coach, but that’s the way it goes.


"It’s for sure an honor, but if it wasn’t for the (Conway) team and the girls, I wouldn’t be doing this."


Joining McNabb on the West football staff will be Perry Escalante of Rogers Heritage, Scott Hyatt of Booneville, Greg Kendrick of Charleston, Scott Neathery of Benton, Mark Taylor of Hector and Zach Watson of Morrilton.


All-Star Week will also include boys basketball, volleyball and cheer.


Nance — the only female on either basketball staff — was an assistant coach in 2009, following her first year as head coach. She led Conway Christian to a state championship the following season before moving to CHS. She was the 7A/6A West’s all-star nominee. AHSCA members then vote to narrow the nominees and again to choose head coaches.


She said she had known one assistant, Mountain Home’s Leonard, for a long time.


"He thought it was neat because he was on staff with my dad one year," she said.

The Lady Cats were junior-laden this season, so Nance is in the unusual position of not having a player on the All-Star roster. Junior Jordan Danberry, though, will be the East’s manager.


"She’ll get basketballs for us and help rebound," Nance said. "Honestly, she’ll just be another player, but she can’t participate in the game."


This is McNabb’s All-Star debut. He wasn’t a player, nor has he coached in the game before.


"I’ve been to the last 10, probably, just because I’ve had young men who have played for me on the squad, but I’ve made some calls and leaned on some of the guys on my staff to let me know how everything works," he said. "The (Arkansas Activities Association) does a great job, with (retired coaches such as) Coach (Charlie) Sorrels and Coach (Calvin) Mallett who have done it a while. Coach Mallet
t’s an old Devil Dog, and those guys immediately got in touch with me. They’ve been a big help."


McNabb, who will have Devil Dogs John Cheek, Bobby Foster and Tony Hawkins playing for the West, said the fact that the All-Star activities would be at UCA was another plus.


"The thing I didn’t realize was how the community looked at it," he said. "It’s an honor for all of us. I love it because those guys will have a big cheering section. It ought to be a lot of fun."


McNabb wasn’t the 5A-West’s conference nominee after Morrilton finished runner-up in the league, but his name was added to the list after the Devil Dogs won the state championship.


"It was kind of unexpected for me because of that," he said of the All-Star nod. "But there’s no question it’s quite an honor."


Nance agreed and called the All-Star experience an exciting time for all involved.


"They’re seniors and culminating this part of their high school career, and just to be a part of that — some really talented kids get to play the game,” she said. “We’ve met as a staff, and one of our goals is for the kids to have a good time.


"It’s a reward; it shouldn’t be boot camp. Most of them have already signed scholarships. We want them to enjoy the rest of the games and go out with a bang in their sport."