Posted at 12:33h in Features by Vivian Hogue
Share 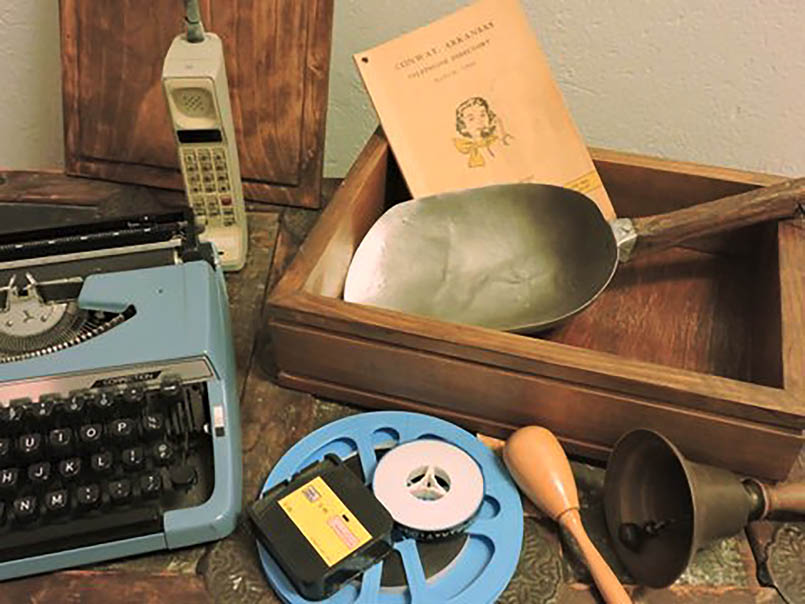 Tools and inventions are only a few demonstrations of mankind’s higher intelligence than that of other creatures. His faculties for reasoning produce ideas; then he takes them to a reality for our benefit. Man can also be careless about not using them for their intended purpose.

I clearly remember 1965 when I was a below-budget art major trying to live “on the cheap.” A fellow student offered me a cast-off canvas that needed re-stretching on its frame. This involved removing heavy-duty staples. Not having my own tools, I spied a chisel that would work. I would just “prize” them out.

The first few pulled out easily; the last one refused, and the chisel went past its target. My left hand became the new target, and soon the blood that normally pulsed throughout my body was now pulsing out of it. I grabbed a grubby paint-covered cloth, wrapped up the one-inch wound, and a pale friend gave me a shaky 1960 Volkswagen ride to the local ER. A painful antiseptic scrubbing, a few stitches, a tetanus shot and bulky bandage ensued, and I was dismissed. Occasionally I still use the wrong tool for a purpose, but am mindful of precautions and past history.

The chisel has existed since about 8000 BC and has never gone into disuse. Without the chisel and its earlier and later counterparts, our current ingenious inventions and developments would never exist. Almost anyone living in the last three decades has seen those proliferate rapidly, each version supposedly intended to make life better. One might also say they have, instead, made life lazier and discouraged exercising our own physical and mental abilities. However, they are used, unused, misused or abused, they are well-intended tools.

In the last year, I have come across some miraculous tools. Perhaps some appeared in a photograph, itself a valuable concept. I have a photo of my grandfather and family proudly posing beside their elegant, covered horse-drawn carriage. Five years later, he is pictured standing beside his 1917 touring car. Time, ideas and inventions at work.

Other tools were within my lifetime, and I saw them evolve. I can’t discard my portable typewriter. It was certainly better than primitive cuneiform writing on clay tablets! However, I must say that clay and styluses are still cheaply available, but the same can’t be said of typewriter ribbon and the necessary white-out tape.

I encounter a lot of the past in my possessions, such as my mother’s school bell she rang as a teacher in a one-room school. My husband’s bulky 1990 “brick phone” (early mobile phone) will stay tucked away. I treasure our 8mm home movies and the projector that shows them; they wait for us to make some popcorn and sit down to rewind life. I’ll keep my phone books with yellow pages. It is said that “everyone” uses computers or phones to do that work now. It is quicker for me to pick up the book.

Remember when we were told in 2007 that we would no longer be able to buy traditional light bulbs? I now have a large bin of them that languish in storage. And remember when we had the toilet tissue scare in 1973? It started with a rumor, and stores couldn’t stay stocked. It is amazing that it was 39¢ a roll then and about a dollar now. You may also remember colored toilet tissue. One company still makes it, selling four rolls for around $16.

It is hard to let go of things of which we are fond. Cars, especially those with names like “First Love.” Leisure suits with white stitching around the collar and the required white shoes. The flimsy 1960s infant seat you strapped your baby into for a ride in a car that had a “Baby on Board” sticker in the back window. Upon braking quickly, you might find the baby and carrier on the floorboard.

There are tools that just keep hanging around, unused but meaningful. I have a large metal chicken feed scoop with a wooden handle that my maternal grandfather made. As much as I’d like some chickens but don’t have, it is unusable for me. I never got to know my granddad, but I can’t help but feel his kinship knowing that his hands and woodworking talents fashioned it.

You can keep and display items, hand them down or donate to a museum; just don’t throw them away. Remember that when they are gone, you’ll one day probably wish you had them back! While you may feel they are not needful in your life, they were needful to someone . . . who was, or is now, in your life.

Vivian Hogue
A native of Conway, Vivian Lawson Hogue graduated from the University of Central Arkansas with a degree in art education. A retired teacher, she worked in the Conway School District for 23 years. She can be reached at [email protected]