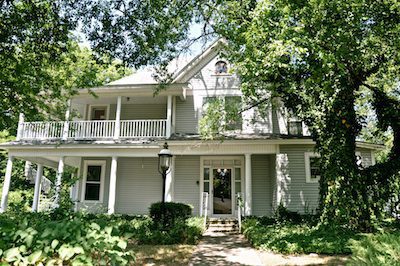 22 Jul A place of help and hope

It’s been 25 years since the Conway community came together to offer a safe haven for abused and neglected children. In that time, HAVEN (Help for Abuse Victims in Emergency Need) has occupied three shelters and helped an estimated 3,000 children.

According to Jenny Morse, executive director, HAVEN’s mission is “to provide a safe, nurturing environment for every child who comes here.” The residents are girls who typically have been the victims of abuse and neglect at the hands of a loved one.

HAVEN traces its beginning in 1986 to Mary Aleese Schreiber, who was chief executive officer of Counseling Associates Inc., and recognized a need for a local shelter. Serving as the national president of Junior Auxiliary, she approached the members of the Conway Junior Auxiliary. Members located a house and raised the funds to purchase it. CAI hired Lou Strain (current CAI program operations director for Faulkner County) as the first director and assumed responsibility of the business aspect of HAVEN. JA has continued its support of HAVEN through the years.

HAVEN is hosting a 25th anniversary celebration from 5-7:30 p.m. Thursday, Sept. 22, at the Conway Country Club.

A brief program is planned at 6 p.m. Organizers hope that individuals who helped open HAVEN will attend, as well as volunteers, former board members, employees and other supporters.

Refreshments will be served and the public is invited to attend.

As a program of Counseling Associates, HAVEN residents work with CAI therapists to address their personal issues and challenges, even though some of the situations seem insurmountable. Jenny describes residents as normal children who are victims of child abuse, which does not discriminate by income level or race.

“They are children you would see in the grocery store or a child that sits next to your child at school.”

Jenny and the staff take it one day at a time and focus on the positive, small steps being made and not on the abuse that has happened. She considers HAVEN an opportunity for a fresh start and a healthy home environment, something many have not experienced before. “We can’t change the hurts they’ve had,” she said, but along the way the staff shows the residents love, respect and a better way.

“We work one day at a time to make a positive difference . . . We want them to heal from the hurts and move forward.”

Jenny said those positive steps may be as simple as getting a cavity filled or going to a movie for the first time. She said HAVEN residents recently went to Wild River Country, and for several girls, it was their first trip to a water park.


HAVEN has two state contracts – one to provide emergency shelter (45 days or less) and the other to provide long-term residential services (with no time limit). HAVEN is licensed to serve girls ages 6-18, with the average age at 15.

The state has licensed HAVEN for 12 beds, and the house has four bedrooms and two bathrooms. Jenny points out that the home has a lot of benefits, but if there were more space, more girls could be served. She said HAVEN gets contacted with referrals for boys, which it does not take, and sibling groups, which can be difficult to accommodate because of the number of children and their ages.

“My first priority is to the kids who live here now.”

HAVEN receives referrals from across the state, and efforts are made to keep the child as close to home as possible. “Faulkner County is given first preference. When we have a child in need, it doesn’t matter what county they are from.”

Last year, the average stay at HAVEN was seven months, and when someone leaves, they typically are going to live with a relative.

Some girls have no relatives they can live with, so HAVEN becomes home. Jenny said the staff works with those residents to ensure they have the needed credits to graduate from high school. Some have pursued college or vocational training. “We plan for this to be their permanent home,” she said. “We have one on track now to go to college.”


While the state provides financial resources to operate HAVEN, Jenny points out that there has been no increase in funding in six years. Also, contract amounts have not been adjusted for changes in the economy. While HAVEN has seen an increase in funding from United Way, additional fundraising efforts are vital.

Jenny describes the budget as “tight” and explains that money raised by the HAVEN Board of Directors is used for operating expenses. The board also tries to ensure that funds are available so residents can have the things that other young people their age have – like a school yearbook or a swimsuit.

Donations from the community – from cash to non-perishable food items – help a lot. On occasion, individuals and groups have asked for specific clothing sizes to purchase items to donate for residents.

From time to time, there are other needs associated with the house. Renovation of the bathrooms at the house is the next project. Among the wish list, Jenny would like to see a concrete circle drive to make the exterior more functional and to keep staff members from getting stuck in the yard when it rains. (For more information on needs at HAVEN or opportunities to volunteer, please call 501.327.1501 or email [email protected])


Some of the residents feel a familial bond with staff and other residents, staying in touch after they leave HAVEN. Jenny noted that one resident, who lived at HAVEN for three years, calls to share the special milestones in her life.

“We’re your family,” she said.

Jenny is proud of the HAVEN staff’s work and the impact made on residents. “HAVEN is not me. I’m not the one doing the hardest work. The staff carries it all, and they feel the stress and strain.”

Fighting tears when she considers what she enjoys about her work, Jenny explains that it is “knowing that my daily life can make a positive difference.” 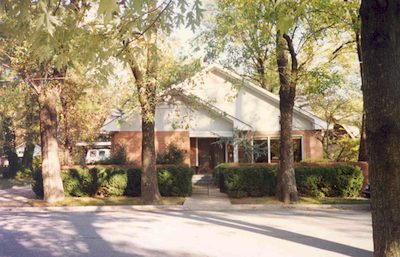 HAVEN accepted its first residents on  Aug. 11, 1986.
HAVEN originally provided shelter for boys and girls. The Center Street property also had an apartment where a mother and her children could reside.
As the state standards changed, the shelter evolved into a girls-only facility.

At the invitation of Conway Regional Health System, HAVEN moved in the summer of 1995 to the Frauenthal Estate on Western Avenue.
A community-wide event – the HAVEN Designer House – helped update the home for its new occupants while also raising money for the agency.

In the fall of 2004, property on Donaghey Avenue was purchased to house HAVEN. Once again, different groups and businesses came together for a makeover of the home before residents moved to the site in early 2005.