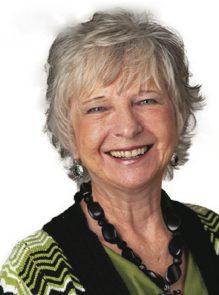 In the 1960s there was a popular folk group called “Peter, Paul & Mary.” One of their hit songs was “Lemon Tree.” It was about life and love and how life can sometimes turn from sweet into bitter and sour.


How are we to respond when life turns sour? When we find ourselves in bitter circumstances? How do we “learn to be content whatever the circumstances in our lives?” (Philippians 4:11)


In 2 Kings 5:1-4, there is a story about a young Hebrew girl whose life turned sour, but she “bloomed where she was planted.” I can’t give you her name because God chose not to reveal her name to us. One commentator called her, “The Nameless Nobody.” She is nameless to us, but not to God. He knows His own and “calls them by name” (John 10:3).


The main character in 2 Kings 5 is Naaman. “Now Naaman, captain of the army of the king of Aram (modern Syria), was a great man with his master, and highly respected, because by him the LORD had given victory to Aram. The man was also a valiant warrior, BUT HE WAS A LEPER” (2 Kings 5:1). Leprosy was not feared in other countries as it was in Israel. Lepers lived among their families and other people. But it was a deadly, awful disease with no medical cure.


During a raid into Israel, she was stolen and taken to a foreign land. She was probably taken to the slave market and bought by Naaman as a maid for his wife. Can you imagine how frightened, bewildered and confused she must have been when taken from all that was familiar and loved?


Did you notice that verse one says that “the LORD had given victory to Aram.” A sovereign God by His perfect or permissive will placed this young girl in the house of Naaman as a captive slave. How did she respond to her circumstances?


She served Naaman’s wife. Girls taken as slaves were often used to labor in the fields of their captors or given a more pleasant job of working in their households. Naaman’s house was where God placed her to serve his wife. Her serving was such that when she spoke, others listened. Her life gave credibility to her words. Actions speak louder than words!


She spoke words of faith. “She said to her mistress, ‘I wish that my master were with the prophet (Elisha) who is in Samaria! Then he would cure him of his leprosy.’ Naaman went in and told his master, saying, ‘Thus and thus spoke the girl who is from the land of Israel” (2 Kings 5:3-4). When she spoke there is no anger, bitterness or malice toward her mistress or master. She didn’t withhold what she knew. She had information that would heal Naaman, and she shared it willingly. She did not bargain for her release. She spoke out of a heart of compassion and confidence in her God.


She was a believer. She did not say “might cure,” but said “would cure.” She had been brought to live among idolaters, but she clung to her own faith in the living God and shared her knowledge of Him. It seems apparent that this young girl (approximately 8 to 12 years old) shared what she had been taught. Her parents, relatives or others had grounded her in a love and confidence in Israel’s God. NOTE: What are you passing on to the next generation? Are you leaving a spiritual legacy?


She was a blessing. Naaman went to Israel to the prophet Elisha and “his flesh was restored like the flesh of a little child and he was clean” (2 Kings 5:14). HE WAS HEALED!


She brought glory to God. “Naaman returned to the man of God with all his company, and came and stood before him, and said, ‘Behold now, I know that there is no God in all the earth, but in Israel” (2 Kings 5:15).


What happened to her? Was she given her freedom? Elevated in the household? Returned to Israel? We don’t know! God didn’t tell us her name or what happened to her. It is enough to know that she loved her God, lived her faith and brought blessing to others and glory to her God. Her faith influenced people then and now!


Are you making an influence for good in the place God has planted you? We never know where God will plant us and how He wants to use us. Many times we are taken captive and planted in foreign, fearful, frustrating places like a hospital, cemetery, courtroom or unemployment line. Are you content in a bitter place? Do you recognize His hand at work in your life? Are you trusting Him and allowing Him to use you for His glory and the blessing of others?