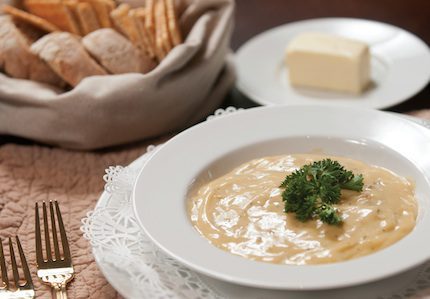 
Like the old-time Gospel hymns she would sing and play in church, the memory of Bernice Hawkins and her love of music resonate at Mount Vernon Baptist Church with the addition of a baby grand piano dedicated in her name.

The plaque on the piano reads: Dedicated in loving memory of Carroll & Bernice Hawkins and in gratitude of the decades of music Bernice produced for Mount Vernon Baptist Church — Aug 3, 2014.


A native of northern Faulkner County, Bernice grew up in the Beckett Mountain community, which was named for her grandfather. Bernice’s aunt, Bertha Beckett, taught her to play the piano when she was young.


“They were all best friends their entire life,” said Carroll and Bernice Hawkins’ daughter, Lori Melton. “They are all in heaven now, singing four-part harmony just like they did when they were 8 years old.”


In the mid-1950s, Bernice began playing the piano and leading the singing at Mount Vernon Baptist Church. When the doors of the church were open, Bernice was there leading the music program for three services each week. Rarely did she miss a service. “She was the heart and soul of that church for decades,” Lori said. “She loved it. It’s what she did. That was her ministry, and she loved every minute of it.”


In particular, Bernice was known for the special closing numbers that youngsters would perform at the annual Vacation Bible School, which would draw as many as 200 children. “If you were from Mount Vernon, at some point, you either heard of mother or sang with her.”


Although she was a little woman, Bernice was a “vibrant” piano player. “She played fast and hard.”


Lori described her mother as having a great sense of humor and a “fun-loving lady.” She recalled that when her mom made a mistake on the keys or accidentally dropped a hymnal on the piano, she would turn around to the congregation with a smile and place her hand over her mouth.


The family had a piano in the living room of their home, and Bernice played it daily. During Christmas, the family would gather around the piano for sing-alongs. Her method of playing was by the shape note and some by ear.


While Lori’s dad was not musically inclined, he had an appreciation for Bernice’s talents. Lori’s brothers, Byrum and Eddie, played instruments and Lori sang. “Mom and I sang together for a lot of years.”


Lori described both of her parents as very giving and generous. Her mother would help clothe and provide for those in need, taking them to church when possible. “She was the mother to the community.”


The Hawkins home is where Lori’s friends enjoyed spending time. “My mother was the cool one,” Lori said “She was a big storyteller and joke teller.”


In her 70s, Bernice had some polyps removed from her throat, and her voice was not the same, but she still loved music. “She thought everyone had a singer in them,” Lori said. “It truly was her way to worship, and so many felt the same way because she brought real joy.”


When Carroll passed away in 2002 from cancer, the family decided to create a fund to purchase a baby grand piano for the church. It would be a gift that would honor the couple, known for lending a hand to those in need in the area.


Every couple of years the fundraising activity would pick up, but it was slow going trying to raise $15,000. The church and the community had needs, but there were limited resources. “I did a lot of my fundraising outside of the community,” Lori said.


In time, Lori was approached by her friend, Angela Bagby, who had a baby grand piano that she offered to sell at a discounted price. “Angela said, ‘I love the piano, but I’m going to part with it at some point in my life. Having it in the church in your mom’s memory would mean the world to me.’”


Lori, and Bernice, were thrilled and thankful for Angela’s offer, but there was still fundraising left to be done. “We were going to be able to get the piano sooner than we thought,” Lori said. “She really wanted to be the first one to play it.”


Lori, too, had hoped to raise the money to purchase the piano for her mother to play in church, but Bernice began experiencing problems. She was efficient in maintaining the Hawkins household, but suddenly bills were not paid and services were turned off.


While an official diagnosis can’t be made without a brain biopsy, doctors speculated that Bernice was suffering from Alzheimer’s.


Her doctor encouraged Bernice to continue playing to keep her mind active, but her memory faded. She became nervous and less confident when she was called on to play the piano in church. Lori recalled that in time, her mother lost ability to play the piano and would just put her hands on the keys and look at her daughter. “That was painful.”


While devastating for her family, Bernice was never sad about losing the ability to play. “The problem is you lose them along the way,” Lori said, explaining that mourning her mother began when the symptoms surfaced.


When she was no longer able to attend church on Sunday mornings, Lori and Bernice would watch the Gaither Gospel Hour. “We sang and clapped. She was a fun person . . . I was very fortunate to have a mother with so much life in her.”


The disease ultimately robbed Bernice of her ability to walk, and she had difficulty swallowing, but she kept her sense of humor. “Alzheimer’s didn’t take it away completely until the very end.”


Describing her mom’s “fun spirit,” Lori misses her vibrancy and their afternoon phone conversations. “I am fortunate to have had parents that had such big hearts. My dad was every bit the giver she was, if not more.”


In August, the piano was presented to the church and dedicated to Bernice and Carroll Hawkins during a Sunday morning worship service. Older members of the church shared with the congregation their heartwarming memories of the couple, especially Bernice’s decades of service. “We tried to make sure that everyone understood what they meant to the church,” Lori said. “I want people to remember her and how important she was to the church.”


The traditional service included some of Bernice’s favorite hymns — “Victory in Jesus” and “Shall We Gather at the River.” Lori’s childhood friend, Betsy Davies, was at the keyboard and told Lori, “I hope I do your mom justice.”


Bernice was aware of Angela’s offer and knew that the piano would find its way to the Mount Vernon Church. “She wanted to be the first to play it, but her illness started so fast that wasn’t possible,” Lori said. “I’m so proud we got to do that. She deserved to be honored. A dedication like hers is rare.”


Lori’s hope is that when someone sees the plaque and they did not know her parents that they will learn of their legacy. “I hope they will ask and learn that this was a lady that was a rock in our church for half a century.”