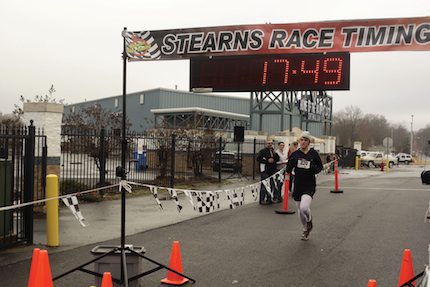 
In March, Hutchcraft led the Guy-Perkins Thunderbirds to a 67-57 win over Shirley in the 1A boys state championship. The win marked Hutchcraft’s 10th high school basketball championship.

This game marked the 19th time a Hutchcraft-led team played in a championship game. While they’ve all been special, this one does hold a special place.


“Well, the 10th championship win was big because I came into it with nine runners-up and nine state championships,” Hutchcraft said. “This win put me on the plus side of more wins than runners-up. I also would say that this group of boys was a special group because of their personalities and attitudes. It was very enjoyable to watch them play.”


Over more than 40 years of coaching high school basketball, Hutchcraft has been in the championship game 19 times and has won 10 rings. Let that sink in. Nearly 25 percent of the time in his career, Hutchcraft has ended a season at the top.


Hutchcraft coached one year at Grubbs (Jackson County) and another at Hazen (Prairie County) before arriving at Guy (Faulkner County) in 1979. All of his championships have come with the Thunderbirds and Lady Thunderbirds.


What’s been even cooler for Hutchcraft is that basketball has always been a family affair — and this year was no different.


“On a personal note, I’ve been fortunate enough to play in state championship games with all three of my children and now my grandson, Wyatt Spires,” Hutchcraft said.


His eldest daughter, Charlotte, played on a couple of state runner-up teams for the Lady T-Birds. His son, Jason, led the Thunderbirds to the 1997 state title. His youngest daughter, Ashley Nance, led the Lady T-Birds to state titles in 2001, ’02 and ’03, earning MVP awards every year. She even joined her father on staff at Guy-Perkins for one year after graduating from college. She took the head coaching job at Conway Christian in 2008 and led the Lady Eagles to a state title the following season. In 2010, Nance took over the Lady Cats program at Conway High School. She and the Lady Cats have been in the 7A championship game three times, winning once.


After four decades of coaching, Hutchcraft admits that the end is now in sight. And family, of course, is playing a role in his decision.


“I have my eyes set on one more ring in 2018,” Hutchraft said. “My grandson, Wyatt, will be a senior, and I jokingly tell everyone when Wyatt graduates, I’m going to graduate, too. It is safe to say my coaching career is almost over.”