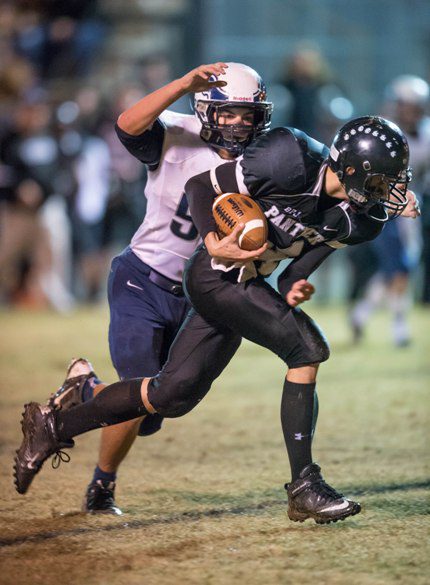 
It’s almost impossible to believe that 10 weeks have passed so quickly, but ready or not, the playoffs are upon us.

Thirty-five teams from the 501 made the playoffs, and interestingly enough, not a single one plays another in the first round.


The Mayflower Eagles enter the playoffs as the fourth seed out of the 2-3A. The Eagles are coming off a Week 10 win that broke a three-game losing streak.


“It really started up front,” said Jed Davis, Mayflower head coach. “The offensive line did a great job of giving us time. Our quarterback did a good job of checking plays at the line of scrimmage. There were probably 15 times that he changed the play right before the snap and got us into a better play. That’s really what offense is about. Finding the mismatch, finding where we’ve got the advantage and being able to execute. We were finally able to do that.”


Mayflower travels to Fordyce this week.


“They look very very athletic,” Davis said. “They probably have five skill position players that are faster than anyone we’ve got. So we’re going to have to be very sound in our assignments. We’ve got to fly to the football. We can’t depend on just one person to make the tackle. We’ve got to have 11 hats going wherever the play is.


“On offense, it sounds cliché, but we’ve got to have our pass protection set. We feel like if they have a weakness, it’s on their offensive and defensive lines. We feel like we should be able to protect the quarterback, and if we do that, we feel like with our quarterback and receivers, we can score on anybody.”


Conway Christian travels to Walnut Ridge for its first-round matchup.

“The Eagles just have to keep building on the momentum from the last two regular season games,” said John David Smith, play-by-play announcer for conwaychristiansports.com. “They can say they’ve put some pieces of the puzzle in some places that were missing because of injuries. Watching Walnut Ridge on film, they’ve got a pretty big line. They’re skill position players, quarterback and two running backs, are big kids and have decent speed. They run out of that double wing set, and 90 percent of the plays attack the edge. It will be incredibly important for the Eagles to control the edge on defense.”

First-round matchups with 501 teams across all classifications include:

Going out to a playoff game this week? Take 501 LIFE along, take a photo and send it to [email protected].