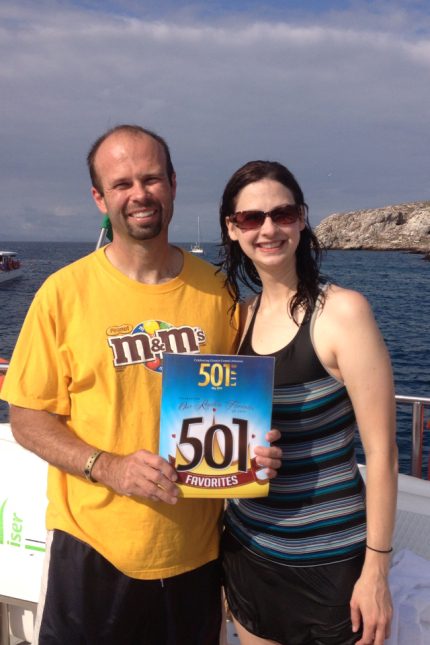 Beebe residents Clay Goff and Angela Grant took 501 LIFE along on a trip to Nayarit, Mexico, in early June for a surprise birthday celebration that included a wedding proposal.

Clay works at First Security Bank in Beebe, and Angela works at Baptist Health Medical Center in North Little Rock. They have dated for three years.


“I asked her a couple of months back if she wanted to go to Nashville for country music and history. She said sure. I immediately booked a trip to Mexico and never told her until the day before. I sent her an email and said, ‘Change of plans, cannot go to Nashville, pack sun screen and flip flops,’” Clay wrote, adding that immediately the phone began to ring. “I would tell her nothing. She did not know until boarding the plane.”


The couple loves snorkeling, so Clay decided to tie the ring to a shoestring and to his drawstrings. “I have never been a Boy Scout, but I tied it double and triple!” he said. “We were snorkeling, I said, ‘Come over here there is a beautiful rock.’ She went under and came up with the ring, bright eyed and shocked!


“I did not say a word. I reached into my pocket and I had a Taco Bell sauce packet, the kind with a funny saying on the package. I had one that said, ‘Will you marry me?’ I just held the sauce packet up. As you might imagine, I am a prankster, so her first words were, ‘Is this for real?’


“After catching her breath, she said ‘Yes.’ What a wonderful day!”