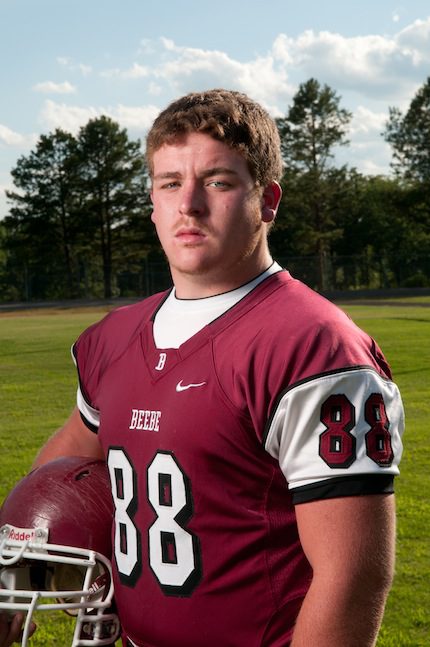 Beebe senior Brody Welcher is one of those football players that every coach would love to have on their team. From his play on the field to his work ethic in the classroom and his willingness to help others, Welcher truly represents the well-rounded high school student. 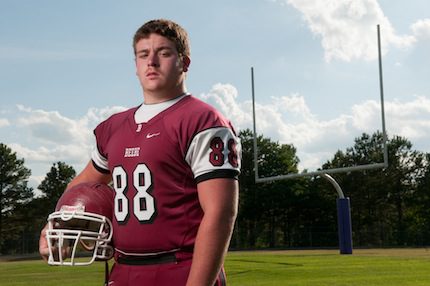 “[Brody] is probably our best football player,” Badgers Coach John Shannon said. “He is a hard worker and a great leader. Brody is very competitive on the field but recognizes and appreciates the talents and skills of both teammates and rival athletes.”

Welcher (6-1, 245) is one of the 20 players named to the second annual 501 Football Team. Coaches from around the 501 nominated a player based on their play and their contributions off the field. Although he’s been successful on the field over the years, Welcher traces his talents back to his earliest memories of football.

“When I was younger, I used to sit down and watch college football with my parents all the time,” Welcher said. “It was because of that that I grew to love the game.”

Welcher quickly became a fan of the Arkansas Razorbacks and began playing football in fourth grade. As he transitioned to junior high and high school football with the Badgers, he began modeling his play after former Razorback tight end D.J. Williams.

Coming off an all-state 2011 season, Welcher looks to finish his high school football career on a strong note with Beebe.

“My goal this year is to lead the team and set examples for everyone to follow. I want to help push everyone to their limits and help our seniors get to state — that’s where we all want to be.”

Although the Badgers are off to an 0-5 start this season, Welcher remains optimistic and confident in his team’s abilities on the field and looks to lead his team back to the 5A state playoffs.

“We can be a great team when we want to be,” Welcher said. “It will take everyone putting their heads on straight and playing good games. I want to beat [week 10 opponent] Batesville. We’ve lost to them the past two years that we’ve played them.”

As his final season of high school football with the Badgers plays out, Welcher says that there will be one play that he’ll always remember.

“Last year against Nettleton, we had just scored a touchdown and were trying for an extra point,” Welcher said. “There was a bad snap, so we switched to our fire formation and tried to pass the ball instead. The pass was tipped up in the air and I caught it for the 2-point conversion. It was a big play and gave our team a huge morale boost.”

Outside of football, Welcher spends most of his free time enjoying the outdoors and the natural beauty of the 501.

“I love anything involving the outdoors,” Welcher said. “I live out toward El Paso, in the country, and I enjoy hunting, going to the lake and riding four-wheelers with my friends.”

“Off the field, he is a great student and a good example to the whole student body,” Shannon said. “Brody is very loyal, and because of his good nature, he makes friends very easily.”

Welcher hopes his story will inspire up-and-coming athletes across the 501 to follow in his footsteps.

“You have to have fun with it,” Welcher said of playing football. “No matter what, always keep your head on straight and try to make good decisions about everything you do.”

Beebe plays host to the Wynne Yellowjackets tomorrow night in search of its first win of the season. 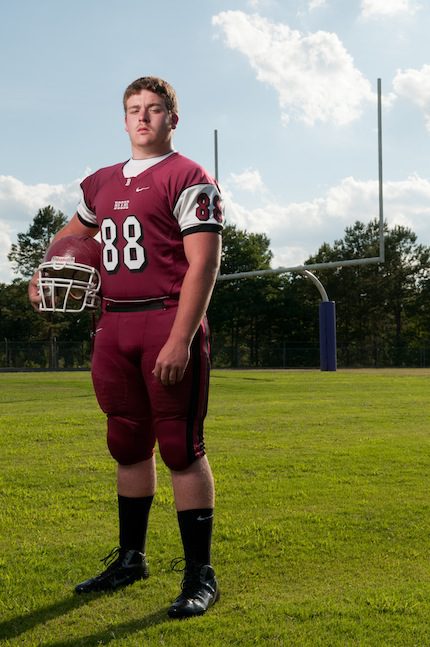